Back in the bad-old pre-ACA days the 27% of us who have pre-existing medical conditions often found it hard if not impossible to get insurance coverage in the individual and small group insurance markets.

For those not deep into the health insurance world, think of pre-existing medical conditions as:

No way you’d insure that house/person/business/car.

That’s the problem with requiring health insurers to cover people with heart disease, high blood pressure, bad knees, obesity, or any other condition. You’re insuring the car just after it crashed.

When considering ACA replacements, there are three general approaches.

1. Require everyone have health insurance – the so-called “mandate”.  That way the healthy people help pay for those with pre-ex conditions. Yes, this is a “subsidy”, using money from some to pay for services for others.  It’s spreading the cost across a larger population, while ensuring the currently-healthy are protected from bankruptcy if they get hurt or sick.

The GOP seems averse to this requirement.

Issue – people may not like paying insurance costs when they are at lower risk – which is why there are “age bands” that keep younger folks’ premiums substantially lower than we old folks.

2.  Require insurers to cover anyone who has had “continuous coverage.” That is, the person switches from one insurer to another with NO gaps in coverage. The idea is people will keep their insurance up out fo fear they will need it one day.

3.  High risk pools – a few states used to have high risk pools; these ended with ACA. These pools were intended to cover people with major diseases or conditions who could not get insurance elsewhere and weren’t eligible for Medicaid or Medicare.

While a good idea, in reality these pools were a financial disaster.  They were very expensive and had a really small political constituency. Legislators continuously cut funding or restricted coverage to ever-smaller groups of patients.

The issue is simple – 1% of the population accounts for almost a quarter of health care costs.  Put another way, about 3.3 million people spend $800 Billion annually.

Pay attention to ACA replacement plans if you or a loved one has a pre-existing condition. Or, for that matter, if you may have one some day…

While most elected Republicans are in agreement that ACA should be “repealed”, that’s about where the agreement ends.

And therein lies the problem.  Here’s a brief summary of where legislators stand.

Some budget hawks want a total repeal and defunding, much of which can be accomplished via reconciliation.  This prevents a possible Democratic filibuster in the Senate.

There are about 40 Representatives in the so-called Freedom Caucus that hew to this line with possibly a couple dozen more votes to repeal-and-be-done-with-it. Make no mistake, emboldened by the election results these people are in no mood to compromise. As these are the same people who refused to fund the government we should fully expect them to push very hard for total repeal and defunding.

Implications: do NOT assume these folks will compromise.  They will fight tooth-and-nail to kill ACA and damn the consequences.

Related to this group are the fiscally-focused.  These Senators and Congresspeople are quite concerned that a repeal will also do away with about a trillion dollars in revenue and taxes over the next decade which will result in:

Add to that the reductions in Medicare and Medicaid reimbursement embedded in ACA, and you have another $879 million in additional spending if ACA is repealed.

Implication – these folks are going to be cautious, and they will likely end up in the “repeal and replace” camp.

There are two different groups here – one calling for a repeal then construction of a replacement over time, and one that wants both bills passed simultaneously.

In either case the far-righters are going to come up against more pragmatic Representatives and Senators, notably Lamar Alexander, Chair of the Health Education Labor and Pensions Committee, the Senate Committee that will have significant influence on any legislation going thru that chamber. Alexander’s been quoted saying a GOP bill must “do no harm.”

Alexander and his allies are pushing hard for a much more measured approach that couples repeal with a replacement bill, thereby giving insurers and other stakeholders some confidence and predictability.  Essentially their approach leaves much of today’s ACA in place while sunsetting the bill in 3 or perhaps as many as 4 years.

Alexander, Olympia Snowe et al are of the mind that this gives them enough time to work thru the calculations, political and financial, necessary to replace ACA without blowing up the insurance and healthcare industries in the process.  Among the provisions that have been mentioned favorably by this group are:

Notably, Alexander et al’s position has been challenged by House Majority Leader Kevin McCarthy, who wants to repeal THEN replace.  McCarthy’s colleague, Speaker Ryan has also outlined a replacement plan that keeps many of the popular provisions of ACA. Notice the word “outlined”; there is NO replacement legislation that is ready to be introduced anytime soon.

Implication – the House and Senate leadership have different views, and the House is going to be pretty internally-conflicted. This is a LONG way from being resolved.

Back to the good old days camp

Finally, HHS Secretary designate Tom Price has his own ideas, which include repealing cuts to Medicare and ending much of the financial and practice controls and oversight put in place by ACA.  Price’s bill, while it has not been scored by CBO, will almost certainly result in higher costs.

There are 48 Democrats in the Senate, and some will have to be co-opted to get a non-reconciliation repeal-and-replace bill thru.  Leader Chuck Schumer is pragmatic, a bunch of Dems are up for re-election in two years and will likely work hard to keep key provisions in any new bill.  However, there are many of his fellow Democrats who are in no mood to compromise.  Hell, the take-no-prisoners approach worked for McConnell…

Notably, NONE of the GOP bills presently under consideration will address the fundamental, underlying issue – cost.  US health care costs average almost $10,000 per person. In fact the Alexander-Snowe approach and Price’s bill would increase health spending.

Notably, there is another option.  Republicans could come up with whatever changes they want, and not bother to fund them or do anything about the increased deficit.  While that may seem heretical, one must remember that a Republican House, Senate, and President gave us Medicare Part D, a totally unfunded benefit that the Medicare Actuary calculates has added $16 trillion to the federal deficit.

Note – Paul Ryan was one of the “Yes” votes on that bill.

For the GOP, the problem with repealing ACA is not practical, legislative, or financial.

Humans are hard-wired to hate losing stuff, a principle known as loss aversion. We humans strongly prefer avoiding losses to acquiring gains: We get much more upset if we lose a five dollar bill than happy if we find $5.

With over 20 million more Americans insured now due to ACA and record enrollment going on now, there are millions of voters who will be enormously upset if they lose their health insurance.

The GOP has boxed itself in, and has an impossible task ahead – how to

Not surprisingly, many Trump backers who gained health insurance under ACA are now scared he’s going to deliver on his promise to kill ACA. And not nervous scared – really, really scared.

This adds a whole new dimension to loss aversion – this isn’t a five dollar bill, this is a new liver, diabetes medications, knee replacement surgery.

There’s no way any ACA “replacement” that doesn’t require coverage of pre-existing conditions, have significant subsidies for the poor and near-poor, and mandate insurance is going to prevent these people from losing coverage. Oh, and do that while reducing medical costs and not increasing the national debt.

That’s why the GOP isn’t going to repeal ACA.

For a very thorough discussion of just how many – and who – stand to lose coverage if the GOP does repeal ACA, there’s no better source than Charles Gaba.

For those wondering why the GOP appears to be walking back its promise to “rip out Obamacare root and branch”, here’s why this is a whole lot harder than one might think.

And why the political realities make this picture far too real for the incoming Congress. 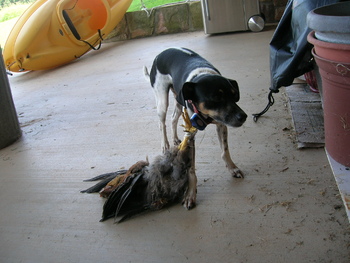 The GOP has long prided itself as the party of fiscal responsibility; Speaker Ryan and Majority Leader McConnell have assailed ACA as unaffordable and a budget-breaker. However, among the myriad issues inherent in healthcare reform is this – repealing ACA would bankrupt Medicare’s hospital insurance fund next year.

(It would also alienate many who voted for Trump...but that’s another story.)

When ACA was passed, there were financial trade-offs put in place to address winners and loses in an attempt to make the law as budget neutral as possible.

Insurance companies, drug companies, device manufacturers, and hospitals paid higher taxes or got lower reimbursement because they were going to get a whole lot more business as millions more people got insurance. Specifically, hospitals’ Medicare reimbursement has been changed – in part to eliminate payment for medical mistakes and re-admissions, and in part by altering reimbursement mechanisms and formulas.

The combination of lower total reimbursement and more revenue extended Medicare’s solvency by 11 years. Without ACA, the Trust Fund is bankrupt next year.

If the GOP repeals the ACA or eliminates the 0.9 percent tax on the very wealthy, Medicare Part A is technically bankrupt.

The incoming President, Congress, and HHS Secretary are facing the very same tradeoffs and complexities their predecessors faced in 2010 – health care is horrendously complex and inter-related.  There are no simple, easy answers.

What does the GOP do?

From here, it looks like they have a couple options.

For a more detailed discussion of the issue, here’s a good synopsis from Politico.

Don’t be lazy. Healthcare reform is hugely complicated, and for those of us – that means you – invested in the industry, what’s about to happen is far too important for you to ignore it or pay it little heed.