Hard as it is to believe, Health Wonk Review has been around for a decade.  Yup, since way back in the DSL days, before the birth of the iPhone, before the Great Recession, before health care reform, back when I had brown hair, a group of health care nerds decided to publish a biweekly synopsis of the best of the health care blog-o-sphere.

Note – this post was delayed a couple days; here at HWR Inter-Galactic Headquarters we are still recovering from a mammoth 10th Anniversary Party.

The 200+ editions have been hosted by a who’s who of health care; physicians, health policy gurus, health care economists, workers’ comp pros, health insurance brokers, consultants, academics, not-for-profit execs, and even real journalists.  We owe a big thank you to all of you – and to Julie Ferguson, the expert who keeps things on schedule.

Throughout our loooong history, HWR has brought you perspectives from all political stripes – from hard-core free-marketeers to socialist single-payers; ultra-conservatives to hyper-liberals.

Fortunately, we haven’t had much of this.. 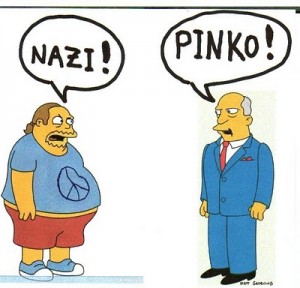 And today is no exception!

Ideas don’t die, they just take a long time to come to fruition.  That’s one view of single payer.  Linda Bergthold’s contribution from healthinsurance.org is a reminder that single-payer advocates haven’t gone away and are delighted indeed that Presidential candidate Bernie Sanders is giving full-throated voice to their cause.  The Bern’s campaign includes a Medicare-for-All proposal that would make consumers’ lives gigantically easier.

Dismiss it if you will – but not before you consider that universal health reform, an idea long derided as a non-starting never-happen, has been the law of the land for going on seven years…

A counterpoint to Bernie’s Single Payer comes from Hank Stern’s InsureBlog. Authored by Mike Feehan, the IB post says efforts to advance single payer in several states have been unsuccessful because it costs way too much.

In fairness, I’d suggest that there cannot be “single payer” in any state, as Medicare alone accounts for more than a quarter of spend in many jurisdictions.  I’d also note that in defense of Sen Sanders, he has been quite up-front on the cost…

And this just in from the galaxy’s leading expert on ACA sign-ups, Charles Gaba. Charles was on the fence about Sanders’ candidacy for president, until Sanders released his single payer plan.

Now, Charles is off that fence and firmly in Clinton’s camp.  If you want to know why this single-payer fan is not favoring the single-payer candidate, click here.  Spoiler alert – Charles really, really understands this – and so will you after you read the entire piece…

My entry this fortnight attempts to cut thru the noise surrounding United Healthcare’s yet-to-be-followed-up-on threat to pull out of the Exchanges and the Rubio-induced death of many Co-Op plans.  It’s important to understand what UNH does – and does not – bring to the table; it’s also important to think of this in the context of what’s really going on.

Fixing an industry that accounts for one-sixth of the nation’s GDP is not going to be smooth, trouble-free, or painless.  Considering how change affected our industrial heartland, what we’ve seen in health care is minor indeed.

Sticking to the impact-of-tectonic-changes-in-healthcare beat, we welcome Roy Poses, MD.  Roy has been with us from the start; he is one of the leading voices identifying, criticizing, and educating us all on conflicts of interest, self-dealing, and, dare I say it, borderline corruption in the US health care delivery, device, pharma, and payer industries. Roy’s post details efforts by physicians at a not-for-profit, religiously-based hospital system in the Pacific Northwest to unionize.

Fed up with corporate BS and “managerialism”, the move by these docs may well be the harbinger of events to come.

With it’s foray into blogging, Health Affairs was one of the early adopters among the hard-copy research publishers; they have continuously improved and deepened their commitment.  Their latest is timely indeed, focusing on dramatic improvements in outcomes – and much lower costs – associated with early identification and treatment of mental illness.

There are big claims for the benefits of wellness by fans – and equally strident derision of those claims by naysayers.  Jaan Sidorov MD sheds some much needed light on the “discussion” – citing studies that indicate a very strong association between wellness programs and total shareholder return.

Jay Norris, one of the most insightful small-group brokers around, consistently provides insights into the real world of health reform.  His post this week is one of those adding much-needed color to the national discourse on ACA implementation; Jay’s job is to help employers and individuals navigate the system, and his advice and insight provide a real world perspective “policy makers” would do well to carefully consider.

One of the many pros who have been with us from the start is Jason Shafrin aka The Healthcare Economist.  Serendipitously, the good doctor is also celebrating the ten-year anniversary of his most-excellent blog. Jason’s contribution is a compendium of readers’ favorite posts.  Whether it’s comparing the US health care system to Canada’s; opining on other nation’s health care economies, outcomes, and services; defining ACOs or diving deep into the alphabet soup of medicare reimbursement policy, Jason’s the go-to guru.

David Williams of Health Business asks a knotty question – are supplements and food additives that are “Generally Regarded as Safe…safe? Given the dramatic improvements in safety testing, “maybe it’s time to reconsider the cost/benefit of cardiac safety testing at least for certain food additives.”

Pharma costs are high, going higher, and seemingly unstoppable.  Many – including your devoted author – believe direct-to-consumer (DTC) advertising is a major contributor. That’s been allowed under interpretation of freedom-of-speech protections.  Journalist Peggy Salvatore thinks that interpretation is the correct one – and even drug advertising is banned, digital health messaging/marketing will likely make a ban on DTC futile.

From the brains behind HWR – Julie Ferguson – comes the truly frightening news that there are 19 Texas facilities storing more than 10,000 pounds of ammonium nitrate within a half-mile of a school, nursing home, or hospital. Recall that an explosion at a similar facility in West, Texas killed 12, leveled structures all around the facility, caused $230 million in damages – $1 million of which was insured. 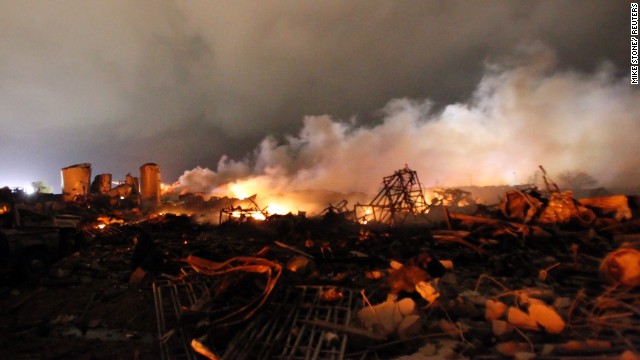 HWR has been a labor of love – for all of us. Thanks for reading, and join us again next biweek!