Senate Republicans are not going to pass the AHCA. 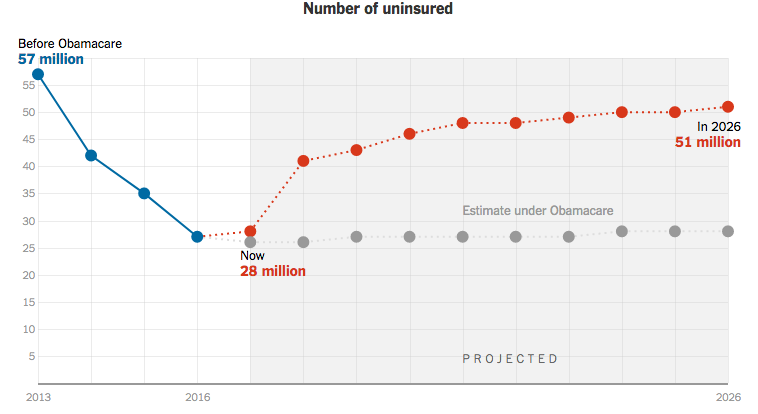 23 million Americans would lose their healthcare over the next decade.

14 million of those lose their coverage next year – an election year.

Anyone who’s been elected to the Senate is smart enough to know that taking benefits away from your core supporters is political suicide – and make no mistake, AHCA does precisely that.

Core Republican voters are those most hurt by AHCA; lower-income seniors would see their health insurance premiums explode, jumping almost ten times to $16,100.

But it’s not just about coverage – it’s about employment; healthcare systems, doctors offices, insurers and other businesses would shed 1.8 million jobs by 2022. These are well-paid positions, averaging well over $55,000.

That’s $99 billion in wages alone sucked out of the economy.

Here’s what I see happening.

Then, when the House rejects their bill, the Republican Senate can blame it on House Republicans.

Doesn’t matter if you’re a Trump Republican or a Bernie backer, the cold hard political reality is there’s no way to lower premiums, cut budgets, and improve coverage. Anyone with any experience knew that, and knows that.

The circular firing squad is forming.

4 thoughts on “AHCA and the circular firing squad”