If there was ever an impossible-to-predict year, 2019 is it.

But, far be it from to miss an opportunity to demonstrate how fallible I can be, so here goes.

1. The work comp insurance market will harden – a little.

Over the last few years as more capital came into the sector, profits zoomed up, and medical cost inflation remained relatively tame, rates kept coming down almost everywhere. That can’t last, and I expect the insurance market to harden a bit. Specifically, we’ll likely see rates ticking up just a bit by the end of the year; earlier and more in individual states and for specific industry sectors.

This has been a very long soft and profitable market, and if we’ve learned nothing else, it is that the industry is adept at ending prosperity.  Watch quarterly rate reports from MarketScout and others to monitor this.

That said, I’ll hedge my bet on the upside, because…

2.  A very big external event/issue/mess will affect the economy – and thus workers’ comp 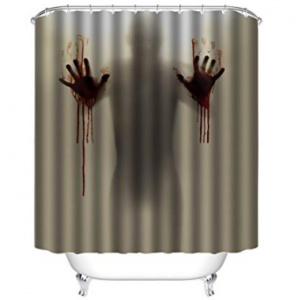 There’s something(s) scary behind the curtain.

By the end of 2019, we’ll see an economic recession, change in the resident of the White House, international crisis(es), and/or other really big event that will rock the economy and likely be felt more severely in specific industries – perhaps logistics, manufacturing, energy, construction. This will lead – over the slightly-longer term – to significant changes in claiming behavior, claim counts, claim frequency in the most-affected areas.

3. There will be significantly fewer M&A deals in work comp services – and those deals will be either pretty small or really big

While this is a gimme, I’m highlighting it more to get your attention than to come out with a bold prediction.

Also, most of the biggest players are owned by private equity firms, carry big debt loads, and are tasked with growing a lot – fast – to give their owners a big return on their investment. And all this in a declining industry.

So, I would not be at all surprised to see Sedgwick buying up another large TPA, Mitchell moving aggressively into networks, Paradigm seeking a merger with another big player.

There are a lot of smaller companies that the big ones will try to buy to add revenue and margin. Owners of those that sell will do pretty well  – as long as the deal gets done before something big and bad happens.

4. Facility costs will be the new focus for payers and service companies

I’m going to write a series of posts on this in a bit, but for now – pay attention to hospital, Ambulatory Surgical Center, and similar cost areas. These entities are eating up more of the services pie, are very, very good at “revenue maximization”, and know workers’ comp is a soft target indeed. 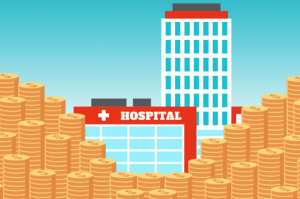 And, most payers are woefully unprepared.

That has to change, and fast. Payers will be seeking out, and contracting with, vendors who can help them better manage facility costs.

Expect to see much more focus on transparent pricing models, as the current business model is unsustainable.  Revenues are down by double digits over the last few years, the administrative burden – driven by more formularies and ever-increasing regulatory requirements – is increasing, and PBMs are consolidating like mad to stay financially viable.

At the same time, the transparency movement is gaining traction in the real world (that is, outside workers’ comp).

Different service models, different pricing methodologies, and an openness to new ideas from PBMs and payers alike will come in 2019. Several payers will adopt “transparent”-type contracts in 2019.