NCCI started with a terrific video featuring several people who suffered significant occupational injuries – and how work comp helped them recover. The video was really well done…kudos to NCCI and their partners for publicizing the good work done by many of you.

That’s the people side of things – one that the industry is doing a much better job publicizing. On the business side, the workers’ comp insurance industry has had a seven year run of increasingly positive results – measured by operating gains.

NCCI CEO Bill Donnell noted that technology may be moderating the “insurance cycle”; the hard-and-soft market waves that have bedeviled the industry for decades. The thinking is we’re more on top of indicators and track potential changes in real time, enabling players to anticipate and react quickly.

Look at the stock market, where automated trading algorithms have led to wild swings in stock prices. Different environment to be sure, but a telling example of how tech has led to more volatility – not less.

And, we only know the metrics we are measuring. Things can move very quickly and we likely don’t know all of the factors/indicators/metrics that may – in the future – contribute to changes in WC results.

Frequency has declined by a third over last decade.  But, we’re getting older – more of the workforce is over 55 than ever before. Despite that, frequency keeps declining. While claims counts likely are flat to slightly higher, that is due to employment. As we’re at full employment, we can only expect claim counts to decline in the future.

It’s apparent to me that there are few new issues in workers’ comp that are worth getting excited about. Medical marijuana, the gig economy, fee schedule changes, pending legislation, all generate some excitement – but really, do these things move the needle?

Structurally workers’ comp is a declining industry. Costs continue to moderate, consolidation is the overarching theme, premiums are steadily declining. I challenge anyone to find an employer up in arms about their work comp program.

Contrast that to industry news that many insurers are looking to grow their work comp books.

These two things can’t happen. The drive for growth could push some insurers to cross the stupid line and cut prices below sustainable levels.  Focused intently on their new analytical reports, they won’t see the chasm until they are in it. 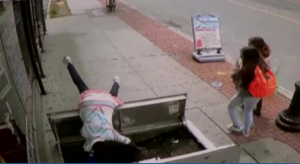 Those who don’t learn from history are condemned to repeat it.