The only demonstrable impact of facility consolidation is higher prices.

While the number of deals dropped by about 21% in the first half of this year as everyone’s attention focused on COVID and the impact thereof, a number of transactions still took place.  Conversely, several deals in process totaling around $23 billion were abandoned, victims of a variety of challenges.

Consolidation may actually accelerate as facilities hammered by the financial impact of COVID19 seek safe harbors.

The latest consolidation is in the north-central part of the nation, with 2 not for profit systems working on an a deal driven in large part of a desire to help the systems expand their footprint.

I’d expect more, although the increasing number of facility closures may well put a damper on deals as some run out of time.

This is particularly damaging in rural areas, where over a hundred hospitals have shut their doors over the last decade. 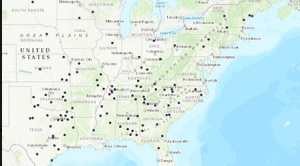 There will be fewer hospitals tomorrow than today, which likely means higher prices.