Two things are happening that provide yet more evidence of rapid evolution in workers’ comp.

Yesterday AFGroup announced it is acquiring work comp insurer AmeriTrust. Located down the road from AFGroup, AmeriTrust is also focused on work comp and provides insurance in other P&C lines as well.

AmeriTrust started out as Meadowbrook, and grew from acquisitions over the last 25+ years. It carries an A- rating.

Not announced – at least externally – was the news that AIG’s internal managed care company – HDI – will be shutting its doors this summer as its functions transition to Gallagher Bassett.

This follows AIG’s earlier decision to move its internally-managed claims to the giant TPA. Notably, I asked AIG directly about this a couple months ago, and in part its response was:

Evidently that is NOT the case, as all HDI employees – the people who handle telephonic case management, UR, peer review and other functions – will no longer be employed after July 1 2022 (except for a few staff who will remain on the job a bit longer).

While hair-splitting might indicate AIG meant to state medical management for major loss and specialty claims would still be “handled” by AIG, clearly that is NOT what is happening…rather GB will be assuming all medical management responsibilities in addition to handling claims.

Of course this just makes sense…you want your claims and medical management to be closely aligned.

That said, I’m not particularly enamored with GB’s medical management…there’s way too much emphasis on/use of percentage of savings-related services and fees. Notably GB has used Coventry’s “outcomes based network” for some clients – and there’s some evidence that network delivers better outcomes. (I’ve written lots about this here; briefly most employers and insurers using TPAs are not focused on the right managed care models, metrics, or incentives.)

Why this is happening…

Regular readers will not be surprised by these two events as they are simply rational moves made by payers in a declining, highly mature industry. AFGroup gains additional scale, will likely see an earnings bump due to synergies, and adds market share in some sectors/areas. 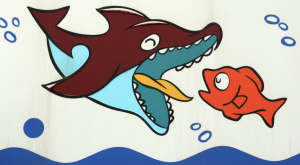 It is also one – and I would argue the smarter – of the two main ways to grow. Buying a competitor adds a lot of growth quickly, and (hopefully) at a lower price than buying share by under-pricing competitors to win share organically (by selling more business)

AIG just reduced its unallocated administrative expense and future capital investment requirements, a smart move when you expect your budget for capital investments to shrink every year for the foreseeable future.

2 thoughts on “Moves and Implications”