I’ve been thinking long and hard about why our health insurance and healthcare systems are such a clustermess. Hugely costly, lamentable outcomes, a morass of bureaucracy, red tape and stupid rules enriching a few and impoverishing many.

So, I think I have a solution – and it involves workers’ comp.

Today I’m reprising a post from a couple years back – if anything it is more accurate today than it was way back then. 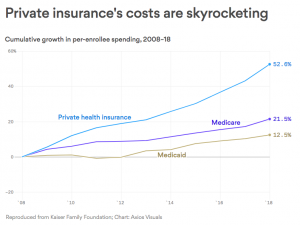 7 thoughts on “Private health insurance – can it be fixed?”