Last time we talked about weapons…how many each side had, what’s been lost, and the challenges in replacing those weapons.

Today’s newsfeed arrived with the VERY welcome news that Germany has OK’ed supplying Leopard 2 tanks, and we will be sending Abrams tanks to Ukraine. The UK had committed to send 14 of its Challenger II tanks to Ukraine… Note that countries that use Leopard 2s have to get permission from Germany before sending them to Ukraine; with this latest announcement sources indicate Ukraine will get at least 100 Leopard 2s.

This will supply roughly one brigade – and is about 1/3 of what Ukraines’ leaders say they need.

These are “main battle tanks” [MBTs], a term describing very heavy, very well armored vehicles with very powerful cannons. Unlike the other armored vehicles already sent to or on the way to Ukraine, MBTs are much more likely to survive an IED, land mine, rocket or artillery attack. 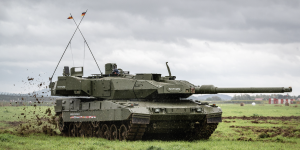 These will not be there tomorrow…however I’d bet NATO countries will be sending tanks from their current units rather than pulling mothballed older versions and going through what could be a long and difficult process of upgrading them and preparing them for battle.

Then there’s spare parts, fuel, ammunition, training, repair and maintenance  personnel and facilities and transport. These are massive, very complex vehicles that require a lot of care and feeding.

Experts contend that Ukraine’s Army has shown itself quite able to learn complicated weapons systems quickly; it’s use of the HIMARS rocket system, artillery, and anti-ship missiles has been pretty impressive.

This is a major move, one that will definitely improve Ukraine’s chances of retaking territory.

That said, like any tool, it comes down to how well it is used.