2 million trucking-related jobs are likely to disappear within a decade. Consumers’ costs for goods will go down significantly, driven by lower labor, fuel, insurance, and maintenance costs.

What is only just beginning to happen in the service economy is already well underway in manufacturing. Despite all the blather about US manufacturing’s decline, the fact is we remain the second largest manufacturer in the world, not far behind China. Yes, employment has declined dramatically, but productivity has increased by leaps and bounds.

Since 1947, we’ve figured out how to make five times as much stuff with 13% fewer workers. 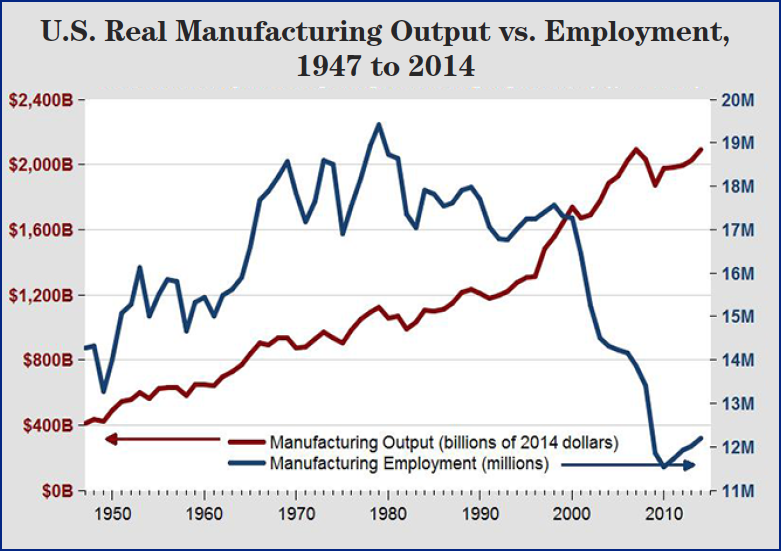 I bring this to your attention, dear reader, to pose the following questions.

In all the talk about the need to reform workers’ comp, there’s been very little discussion about these existential threats to the industry.

You don’t need to “reform” an industry that won’t exist in a dozen years.

11 thoughts on “Workers comp and the jobless economy”