If you cut a leg off your horse, it’s not going to run far or fast.  If you cut two legs off, it’s going to fall over.  And if someone else cut your horse’s legs off, you wouldn’t help them fix their horse. 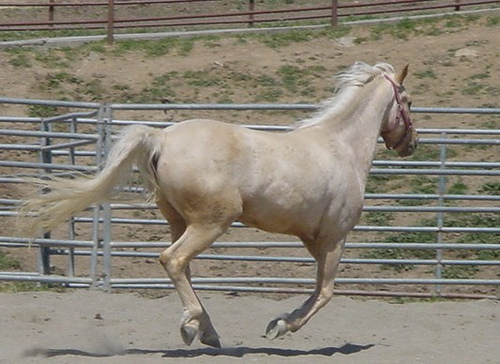 So why is Paul Ryan et al complaining about ACA?

He and his fellow Republicans chopped not one, but two legs off that horse, and now they scream loud and long that that horse won’t run, so they need to shoot it and replace it with…what?

I bring this to your attention because it explains why there’s so much reluctance on the part of Democrats to work with their Republican colleagues on an ACA replacement. Put bluntly, Congressional Dems believe they got screwed and are really pissed off about that. So pissed off that they are more than happy to let the Republicans shoot themselves in the head all by themselves.

I’ll leave aside the things the GOP could have done to help fix ACA, common sense stuff such as:

If they had, ACA would be operating a lot better today, but Sen McConnell, Speaker Ryan et al weren’t interested in fixing ACA.  (In contrast, Democrats helped fix G W Bush and the GOP’s Medicare Part D plan when it was cratering)

The result of the Republicans’ successful efforts to hamstring ACA were made public earlier this week when President Trump did a photo op with several “Obamacare victims” including a Colorado woman who claimed her health insurance costs had tripled under ACA (note there’s no independent corroboration of her claim). Ms Couey said she’d had to switch insurers multiple times – while there’s no detail on this, it is likely more than one of her previous insurers went belly-up for one of several reasons.

The idea was to force competition into and help sustain that competition in a market where size is all that matters, where it is all but impossible for new, entrepreneurial competitors to start, much less succeed.

Those provisions disappeared, killed off by a Congress ostensibly interested in the competition and the free market.  Specifically, Sen Marco Rubio inserted the clause in the Cromnibus bill that prevented the Feds from moving money around to cover the Co-Ops’ losses in 2014.

Let’s remember that the risk corridor payments were to be budget neutral over the three year lifespan of the program.  The Rubio amendment (Section 227) forced CMS to shift that to a “pay as you go” model.

If someone had chopped the legs off your horse, would you be eager to help them fix their’s?