So, hard as it is to believe, there was some non-Supreme Court hearing stuff going on this week.

I know…I missed most of it too.

So, here’s some of the most important research we all missed while overloading incoming web servers watching yesterday’s hearing.

The fine folks at WCRI continue to do lots of stuff so we don’t have to. Two things stand out this week; a compendium of every state’s work-comp pharmacy-related regulations, and a webinar on the effectiveness – or lack thereof – of regulations designed to address the should-almost-never-be-allowed practice of physicians dispensing drugs for profit.

Out in the real world, we learn that in many cases it’s harder to get access to drugs to deal with Opioid Use Disorder than to get the opioids that cause OUD.

Hey P&T committees, get with the times!

myMatrixx’ Cliff Beliveau has an excellent piece on using data visualization to help explain complex issues. Well worth a read.

Roberto Ceniceros’ column on Lockton’s denied-claim research has been on my desktop for weeks. I’ve read it twice, and you should too. Net is this – denying claims is often a really bad idea. 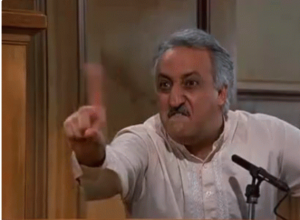 Finally, from the professor who teaches what may be the most important class in business school comes an eye-opening look into how work is bad for you. The logic and rationale is not what you may think. Here’s just one excerpt, which I would label Companies are not smart:

Companies do not act on the basis of the best evidence. They merge even though much research shows that mergers destroy value. They use forced-curve ranking systems for performance reviews even though extensive evidence documents the harmful effects. There is no reason to believe they would behave any differently with respect to their human capital.

Enjoy the first weekend of fall.