It’s that time again – WCRI has released it’s latest series of CompScope reports, the most detailed and thorough review of all things work comp medical in 18 key states. If you are an investment analyst, industry tracker, or involved in planning for a TPA, state fund, insurer or large employer, get yourself over to WCRI and get those reports!

If you want to understand what Medicare for All really is, how it might work, and what it means to you, read KFF’s summary review. There are 8 (!) proposals now making the rounds, and I’m betting your healthcare will come from some version of universal coverage within the decade.

Excellent piece by Roberto Ceniceros on premium fraud and its impact on employers and insurers. I’ve got to give credit once more to Matt Capece of the United Brotherhood of Carpenters – he’s been a major force exposing premium and payroll fraud all across the country. For his efforts, IAIABC gave Matt its Samuel Gompers Award. And kudos to Roberto for his in-depth reporting on a critical issue.

Our penultimate piece is a bit more intel on rideshare and rural America – well worth a read if you’re involved in this narrow-but-deep slice of the work comp services world.

Finally, as it’s election season we need to hold those political candidates accountable: Andrew Sprung’s dissection of candidate Bob Hugin’s dissembling on the dismantling of the ACA is just what voters should be asking.

And, from the “coolest/dumbest thing I’ve seen all week” is this. Wondering if this is the answer to speedy ridesharing on the Russian steppes. Who wouldn’t want a jet engine in their Uber? 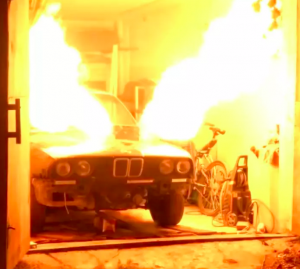 Hat tip to the Drive!

One thought on “Research (and other important stuff) Roundup”