Reportedly Purdue Pharma, the fine folk behind OxyContin, is nearing a settlement with 23 state attorneys general and thousands of other governmental entities.

Here are the key takeaways:

What wasn’t included are criminal charges for the Sacklers; that is an outrage.

It is crystal clear many members of the family were intimately involved in Purdue’s efforts to shove more and more opioids down more and more throats. Not satisfied with those billions, the arrogant bastards were going to make yet more treating the addicts they created. (Note not all of the Sacklers were involved in the opioid disaster) 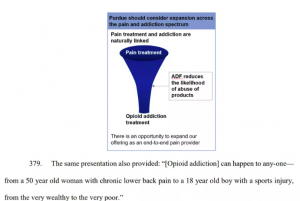 The unmitigated gall of the Sacklers is stunning; they knew their drugs were killing tens of thousands, and now wanted to profit from the untold damage they had done.

For workers’ comp, there are a couple of implications.

First, as the tort industry dives deeper into this, they will sue more and more participants. My informed opinion is payers are pretty safe for several reasons;

I haven’t heard of any workers’ comp entity being sued for damages related to opioids – but it is possible.

Second, work comp payers have been damaged by the Sacklers and their ilk. While state funds may be involved in some of the suits seeking compensation for damages (it’s impossible for me to unpack all the plaintiffs in all the filings), I have yet to hear of any suits involving commercial insurers or reinsurers.

I’ll admit to being surprised at the work comp insurance industry’s seeming lack of interest in taking on the opioid industry. Every day:

Before anyone else could spell opioids, work comp payers saw the damage being done and took action.

Work comp insurers must be a highly visible part of the solution; we owe it to policyholders and taxpayers, we owe it to patients, and we owe it to all of the insurer staff, regulators, researchers, and other stakeholders who’ve dedicated untold hours to fixing the damage done by the Sacklers and their ilk. 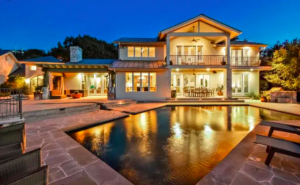