The inbox has been stuffed with important new research and news; here’s what most interested me.

Perhaps the best annual summary of the state of the workers’ comp world is just off the press.  The National Academy of Social Insurance’s report is here. Free to download, NASI’s latest finds:

My takeaway – workers are getting less in benefits than they have in the past – and that’s a bad thing.  It is great that employers’ costs are declining, but that shouldn’t be at the expense of injured workers and their families.

The fine folk at CWCI published their latest research on UR in the Golden State. Despite what some on the applicant attorney side argue;

WCRI’s annual conference returns to Boston – register here – now.  Or risk missing out, as the event fills up every year. Don’t be one of these people! 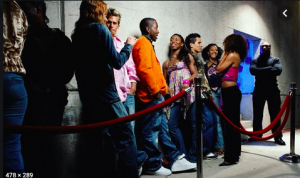 From Alan Fein at DrugChannels, a most excellent video by John Oliver on everything you should know about compounding pharmacies. You gotta watch this… [can you believe Oliver actually knows about stuff we work comp pharmacy nerds think about???]

The video is both hysterically funny and terrifying. Watch it.

From the funny to the deadly serious; if you haven’t read Gary Anderberg’s most recent GB Journal, you likely don’t know this:

research showed that “57% of those who died from opioid-related deaths had at least one prior workplace MSD. [musculoskeletal disorders]

I’ve long opined the opioid industry has done horrendous damage to the work comp industry, injured workers, taxpayers and employers. Gary’s reporting shows it is even worse than we thought.

When are you going to hold the opioid industry accountable for their criminal actions?

That’s it for now…for those attending the NWCDC next week in Vegas – make sure to say thanks and farewell to Peter Rousmaniere and Roberto Ceniceros.  These gentlemen are both retiring, and our industry will be much the worse for it.

I’ve known them both for decades, learned much from them, and deeply respect their contributions to our industry. They’ve certainly earned a respite…here’s hoping Peter and Roberto weigh in from time to time. Their wisdom and experience are irreplaceable.

I won’t be there – family vacation in Zion Utah…with three grown kids, we have to work around their schedules, proving once again that I am completely not in control of anything.