If the insurance industry – and your organization – is going to a) make real progress and b) survive the next hard market its/your leaders must reward those who take risks – not fire them. (this is a follow-up to my last post)

In order to do that, our “leaders” must understand the value of failing.

A C suite exec with decades of success in work comp claims and executive leadership sent me this:

the lack of innovation is as much about penalizing those with ideas as it is anything else.  Whether my own direct experience as an individual contributor or member of a team, or watching others, I’ve seen way too many ideas be dismissed out of hand, ignored, or simply not advanced because of a culture that is just too harsh when it comes to ‘failure’.  The industry has, generally speaking, failed to realize that great innovation often comes from failed innovation.  I can think of multiple executives I’ve worked for where I simply gave up on advancing ideas because of their reaction to suggestions from me and others.

One of our daughters works for a huge tech firm that does data storage, backup, and a lot of other stuff I don’t pretend to understand. Molly (daughter 2) and her team are responsible for some really big accounts, one a huge business application company. Long story short, the team is always looking for ways to provide increased value, deliver more services, and help the client grow. Her company was working on a new tech platform/capability/service, one which might help Molly’s client speed up its development cycle and improve service delivery.

This was new, not-tested, bleeding-edge stuff. The team debated if they should pitch it to their client, as there was a better than 50/50 chance it would not meet the objectives.

Throwing caution to the winds, they pitched the $15 million+ project to the buyer, telling the buyer that it would likely “fail”.

The client bought it.

She asked why, given it might well fail to deliver, which would mean her client blew $15 million, which might be pretty awkward for the decision maker.

Nope – the client said there was every reason to go forward.

First, it might actually work, which would dramatically improve a couple key metrics;

Second even if the project “failed”, it would be well worth it because the client would:

Yeah, I can hear all the reasons this is fine for tech but not for workers’ comp. But those aren’t reasons – they are excuses – and lame ones at that.

Tech can do this because they have a lot more money than we do.

BS.  The work comp industry is making more money now than it ever has – there’s never been more dollars available for innovation.

We are doing great now, so no need to do anything different (if it ain’t broke…)

BS. The time to prepare for the storm is when the sun is shining, because sure as hell you won’t be able to patch that roof during the inevitable hail storm.

We don’t have the ability/expertise/employees we need to innovate.

You need to build a culture that rewards smart failure, that values innovation – which by definition includes failure, that is excited about doing stuff better, faster, and more efficiently, that recognizes risk-taking as critically important to growth in revenues and margins.

That’s the single most important change we need to make – and those who do will win. 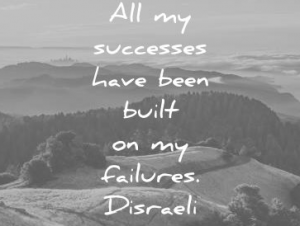