The President and the Governor of my home state (New York) are all in on chloroquine and variations thereof.

Spoiler alert – there is no credible evidence that chloroquine is effective in treating COVID19.

And lots of evidence that the drug can be quite harmful.

First, it’s important to note that this drug has been tried on numerous viral diseases; “Researchers have tried this drug on virus after virus, and it never works out in humans. The dose needed is just too high,” says Susanne Herold, an expert on pulmonary infections at the University of Giessen. source here

There appear to be two sources of “information” that chloroquine advocates cite as justification for using the drug.

Neither meets basic standards of credibility.

One is s tiny “survey” from France; you can read it here. The study’s authors concluded:

our survey shows that hydroxychloroquine treatment is significantly associated with viral load reduction/disappearance in COVID-19 patients and its effect is reinforced by azithromycin.

Well…no.  The “survey” has many flaws, which combine to make it impossible to draw any meaningful conclusions.

(The primary author, one Didier Raoult has been widely criticized for various misdeeds…this is a detailed and quite damning profile)

Next – reports from China, which were cited by the French study’s authors as a reason to consider using versions of chloroquine.

a) opinions from Chinese physicians that were based on their personal observations, not on actual studies.  A key source for this was a letter published that did not provide any details, data, or credible evidence as to the efficacy or safety profile of chloroquine and related drugs.

Remember…a letter – often cited by opioid promoters as evidence of the drug’s safety and efficacy – helped spark the opioid epidemic, I’d be careful relying on the Chinese letter as a rationale for using chloroquine.

b) many of the clinical trials that were started some time ago were canceled or suspended, leaving no data or substantive conclusions

Fortunately the WHO has begun several major scientific studies to evaluate various drugs’ efficacy and safety…we can be hopeful that they will yield actual credible information that will help us defeat COVID19.

Here’s a handy cheatsheet you can use to evaluate news reports and Facebook posts about COVID19 “cures”, 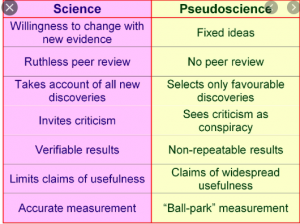 Finally, this stuff can be dangerous if not deadly. Doses of chloroquine and related drugs just slightly above recommended levels can kill. The drug can damage vision, appears to be dangerous for anyone with cardiac arrhythmia, and has a host of other nasty side effects, many of which occur even when patients are taking doses far lower than “recommended” by French and Chinese doctors.

To quote Karen Masterson, author of THE MALARIA PROJECT;

We should learn from past mistakes. Federal officials after World War II failed to listen to public health experts about the limitations of chloroquine. Our top political leaders today should avoid the same error.

5 thoughts on “COVID19 and Chloroquine – what does the science say?”