The bad – many are still paying too much due to poor contract terms.

One of the issues is a failure to update generic drug pricing tables; in several recent PBM assessments the PBM has apparently failed to update pricing tables. The result – the insurer, employer, or TPA is charged what the drug cost as much as 12 months ago. Because generic drug prices continually decrease, the insurer, employer or TPA is paying more than they should.

Meanwhile, the PBM is paying the pharmacy today’s price – which is almost always less than it cost a year ago.

The net  – the PBM makes a bigger profit because it is “buying low and selling high.” 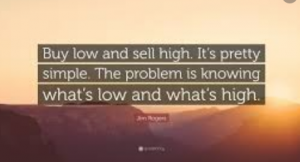 While the “fix” is obvious – ensure contractual terms require updates to pricing are timely – there’s a much bigger issue.

This is just one reason many work comp insurers and employers pay too much for drugs. Pharmacy pricing is opaque at best, requiring a lot of experience and expertise to make sure you’re paying only what you should, updating generic pricing schedules is only one issue.

Are you paying what you should?