At the height of the COVID crisis last year, some research organizations, brokers/consultants and “thought leaders” were gravely forecasting how awful this was going to be for workers’ comp.

Sure, we didn’t know what was going to happen, although careful and thorough research would have indicated things weren’t headed towards the “awful”. 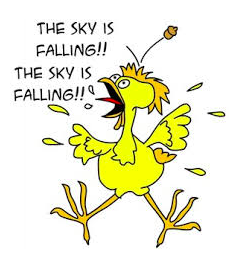 These could have happened, but the data clearly indicated these outcomes were pretty unlikely.

Then there’s “social inflation”, a term describing some rather nebulous and ill-defined “drivers” which are allegedly increasing the cost of insurance claims. [There are a host of methodological problems with the research cited in the link and with this study as well]

A high-profile litigation example in the U.S. is the so-called opioid crisis – drug companies have been accused of playing a harmful role in the extensive overuse of opioid medications, with the overuse blamed on both medical prescriptions and illegal sources.

“So-called opioid crisis?” What planet is this guy living on?

Not this one. There is overwhelming evidence against Purdue and other members of the opioid industry.

Not sure where these experts get their information, as research indicates the various “problems” attributed to social inflation are overstated or exaggerated.

What’s abundantly clear about these two issues is workers’ comp insurance people have no idea what’s really driving their business. Instead of doing the hard work to figure out how to address over-spending on claims, too many blame outside forces.

COVID and “social inflation”‘s impact on work comp is insignificant compared to opioids and facility costs.

Opioids drove up workers’ comp rates and claims and claim duration. Yet few work comp insurers have figured out how to help long-term patients reduce or eliminate opioids.

Facility costs are the fastest-growing part of medical spend, driven by:

Instead of blaming external issues, work comp execs should focus on understanding medical drivers and how healthcare impacts workers comp.