Prior authorizations – aka 1-800 NURSE MAY I – are either an absolute necessity if you are a healthplan or a complete waste of time and money and affront to the medical profession if you’re a provider.

Of course, reality is somewhere in the middle.  Regardless, in what I will argue is due mostly to payers being dumb, a new law will strip most Texas payers of the ability to unilaterally set and enforce prior auth requirements.

As of September 1, Texas healthplans won’t be able to require prior authorization for certain treatments if 90 percent of the treating doc’s medical orders for those services over the last 6 months were deemed medically necessary by the insurer. The details are yet to be released; how this gets implemented, how insurers are supposed to track compliance, how the inevitable disagreements will be dealt with and all the other devilish details are TBD.

We do know that the “gold carding” of docs (the term used to describe docs who meet the 90% threshold for a healthplan or insurer) “only applies to payers that fall under the state’s jurisdiction and are not state funded.” It appears the law – HB 3549 – applies only to:

Self-insured employers are exempt as they are regulaterd under ERISA and thus outside state jurisdiction.

I’ve long argued – and strongly suggested to consulting clients – that they stop requiring good docs to submit to prior auth requirements, instead monitoring them on the back end via smart data analysis.  The vast majority of procedures that do go thru the PA process are approved – and the process can delay treatment, costs treaters and healthplans money, and add to the general frustration with healthcare and insurers.

Docs argue that PAs are unnecessarily burdensome…but I give little credence to their arguments; if they weren’t prescribing too many opioids, doing unnecessary surgeries, requesting unneeded tests and MRIs, PAs would not be necessary.

Similarly, healthplans’ argument that “The use of prior authorization is relatively small — typically, less than 15%”[of medical care] is ludicrous – the cast majority of healthcare is routine, and 15% of all “healthcare” is a gigantic number of services/drugs/procedures/treatments. 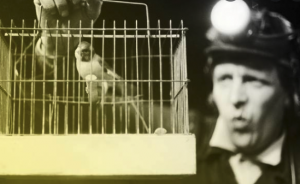 Canaries were an early warning sign of bad air in coal mines; when they stopped singing and died, miners knew to get the heck out fast.

This is the first of what we will see in many states, and should be a wake-up call to all payers – health, auto, workers’s comp alike.

4 thoughts on “Canaries and coal mines.”