Is coming from hospital trauma centers vacuuming thousands out of your wallet. 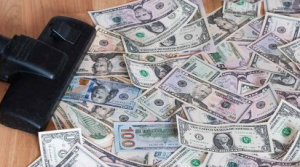 Trauma centers are supposed to handle the worst trauma cases – those from major car accidents, gunshots, airplane crashes, building collapses – you get the picture. Smelling gold, some hospital systems – including HCA – figured out that “activating” trauma centers lets them charge fees up to$50,000 per patient – even if that “trauma center” never actually treats the patient.

The fact that HCA has opened trauma centers in 90 of its 179 hospitals – many in close proximity to other trauma centers – indicates it is not a pubic health need as that “need” is already being met.

Shockingly, Florida is once again the poster child for what look to be abusive billing practices.  From Kaiser Health News:

In Florida alone, where the number of trauma centers has exploded, hospitals charged such fees more than 13,000 times in 2019 even though the patient went home the same day,

Peter Johnson penned a deep dive into the explosive growth of trauma centers in the latest edition of Health Plan Weekly [subscription required]. In his article, Peter reported the number of Level I and II trauma centers almost doubled from 2008 to 2020, going from 305 to 567.

From his piece (Peter was quoting me):

It is abundantly clear this [the growth in the number of trauma centers] is not due to a years- or even months-long dramatic increase in apartment building fires, accidents, gun fights, or multi-car crashes.

Trauma used to be defined as high-acuity, emergent cases involving severe injury. Not any more at some of these facilities. Reports abound of patients with minor injuries requiring stitches, cold compresses, and even just a baby bottle and a nap billed for trauma activation.

Any facility bill with a trauma center charge must be subjected to very careful and thorough review. Especially in states that allow higher payments for so-called “outliers”.