Hundreds of billions of dollars will be spent on heavy construction and everything that goes into that – steel, aluminum and concrete; wire and cable; glass and pipes; rail cars, track, and signaling equipment;  heavy equipment; electric vehicle charging stations; and of course labor. 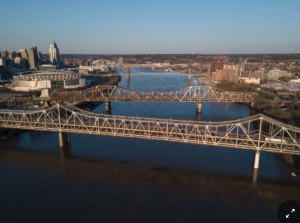 It will fix huge infrastructure problems – including the Brent Spence Bridge which spans the Ohio River between Cincinnati and Kentucky and desperately needs an overhaul. (the Bridge carries 3 percent of our GDP every year, has no shoulders, is used by tens of thousands of commuters each day, and has frequent accidents that snarl traffic and screw everything up.)

Texas’ electrical grid is also targeted for a major – and critically needed – upgrade. Rail, highways, tunnels and port facilities around New York City are in desperate need of major repairs. Rural America’s access to broadband – essential for agriculture and education – is pathetically sparse. (think DSL…remember that?)

Here in upstate New York, the City of Syracuse still relies on water pipes that can be 180 years old and, wait for it, some are wood. Albany just discovered some of their pipes are even older – and yes, made of wood. 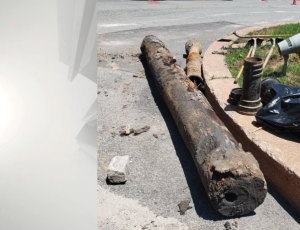 The infrastructure bill will likely pass and be signed into law, but that’s just part of President Biden’s economic plan, the rest of which will be addressed in a massive bill that won’t have to garner any Republican Senators’ votes due to reconciliation. [explanation at the link]

The budget proposal will include additional investments in human capital that will expand child care, increase protections for workers, ramp up spending on community colleges and education and add funding for clean energy projects. This last will likely have the biggest impact on work comp, but the rest will add tens of thousands of workers to the child care and education sectors.

So what does all this mean for workers’ comp?

Two things – the improvements/upgrades/fixes will generate more premium dollars, more injuries, and more claims; expect this to start ramping up in a year or so, and continue for a decade plus.

As our amazingly crappy infrastructure gets better, those improvements should make us more competitive, remove bottlenecks (here’s looking at you, Brent Spence Bridge) and spur growth – which will add jobs and increase work comp premiums.