Last week we pondered Mitchell’s future; as (perhaps) the largest WC entity outside the TPA space Mitchell/Genex/Coventry has an enviable position – albeit one that is by no means dominant.

I wrote this four years ago...

I’ll admit to wavering between being impressed with Paradigm and thinking it won’t ever become a significant force in the industry. As noted previously, the company has been around for the better part of three decades, and throughout that time has seemed to be just a year or so away from really breaking out.

While a lot has happened since then, it hasn’t changed my mind.

Paradigm was acquired by Omers, a Canadian investment firm three years ago; since then it has:

Becoming a big player was the plan back in 2018 according to CEO John Watts (a good guy with an impressive background), and I thought it was a good one – focus on using analytics and care management expertise to drive business to the case management and specialty assets, relieving adjusters of the hassles of managing, coordinating, and monitoring medical care for potentially expensive conditions, improving outcomes and reducing total cost.

One of their better deals was Adva-Net, a “pain management network” that reportedly has been a pretty solid earnings driver. Sources indicate Foresight – which reputedly went for 40x earnings (!!!) – has not been as profitable.

Problem is, Paradigm has not become a “big player” in MSK; rather the company is still seen as a catastrophic claim management firm, albeit one with other service offerings. MedRisk (HSA client) and OneCall dominate physical medicine. Relatively few surgeries happen outside traditional PPO networks (looking at you, Coventry).

“an accountable care management organization focused on improving the lives of people with complex and catastrophic injuries and diagnoses.”

That description makes me think Watts et al are attempting to move Paradigm into the group health/medicare/medicaid business. Recent hires in top positions have extensive experience in those sectors, and Watts himself has deep experience in health insurance.

Work comp is tiny – less than 1% of US medical spend – so moving into the broader payer world makes sense. Problem is, I can’t recall any work comp services company that has pulled that off. Many have talked about it, done the work, hired the execs, and…crickets.

Methinks there’s a few intertwined reasons the company has not become that “big player.”

Employers. do. not. care. 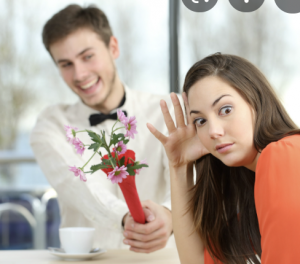 I just don’t see Paradigm “breaking out” and becoming a major player in worker’s comp claims management – or MSK management. Is it going to acquire more stuff?  I don’t see it – prices are too high, and Paradigm’s M&A record is mixed at best.

Meanwhile, claim counts continue to drop, making future growth in case management dependent on taking share from Genex, Corvel, and smaller CM firms. (note there are aberrations from time to time and place to place)

My guess is owner Omers  – a very patient owner indeed (it is the private equity arm of the municipal employees’ pension plan in Ontario, Canada) will stay invested until they think they can sell it for twice what they paid…or perhaps be happy with the $125 million+ of cash flow Paradigm throws off every years.

On the positive side, Paradigm was smart enough to hire Kaye Lewis to handle customer implementations. Kaye is one of – if not THE – best client management pros in the business. Her departure was a big loss for CadenceRx, her arrival is a big plus for Paradigm.

A solution in search of a problem only works when those with the “problem” KNOW they have a problem.

Oh, and branding is super important.

And workers’ comp is NOT a growth industry.