Last week we pondered Paradigm’s future, before that we mused about Mitchell’s. Today we opine about Optum.

First, a little history. Back in the Pleistocene, I worked for what was then UHC.  United Healthcare was considered the best managed care company in the country, had a massive $6 billion in revenues and was expanding everywhere.  After spending about 9 months carrying a UHC card, I departed, a lot less starry-eyed.

For those interested in digging deep into UHC’s workers’ comp history, at various times, the company owned:

Writing about UHC’s foray into WC 6 years ago I opined that while really small potatoes compared to group health/MM, WC is attractive for a number of reasons:

In contrast (to UHC’s group health, Medicare and Medicaid (MM) business, work comp regulatory risk, while significant, is limited to what individual states do.  If one state makes a change, it has zero impact on the others, thereby minimizing regulatory risk.

There are a number of other nice things about UHCs work comp business:

Of late, UHC has stepped up its hiring in an effort to build a viable PPO competitor to Coventry.  They’ve got some smart people (and other payers have lost same) – but the challenge will be getting Optum/UHC’s other provider negotiations people to leverage their relationships and nail down great WC contracts with deep discounts.

That’s gonna be a very tough row to hoe… 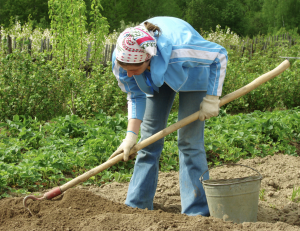 Optum WC CEO David Young – we’ve crossed swords a time or two, but he does know the PPO business inside out and sideways, and is making the right moves – but WC is perhaps $1.2 billion in revenue.

Parent company UnitedHealthGroup [I can never remember which letters are capitalized] will rake in $286 BILLION in total revenues this year.

So, workers’ comp is…what…one-half of one percent of UHG’s total revenue…

The problem facing Young et al is UHG is a quarterly earnings-driven company – and workers’ comp is NOT a growth business. Young will have to invest in PPO, try to get support from people who don’t know how to spell – much less care about – WC – AND meet quarterly earnings growth targets.

That’s why he gets the big bucks.