There are several things that will affect workers’ comp in the next couple of years. Perhaps the least obvious, but most significant is consumer spending.

In fact, consumer spending amounts to two-thirds of our economy, manufacturing just a tenth. When we consumers sneeze, the economy catches the flu.

So far, consumer spending is holding up. This from Bloomberg… 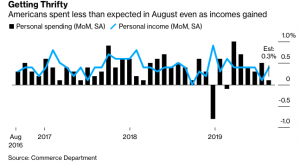 Easy credit drives a lot of this via credit cards. Essentially, some folks use their credit cards as consumer loans, allowing them to buy stuff they can’t pay just now. 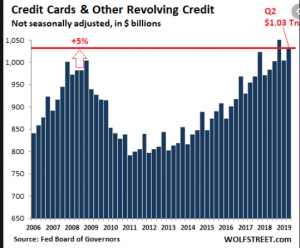 That works great while wages are increasing and jobs plentiful – both true today.

While that spending is a bit shaky, what caught my eye was a report that those risky mortgages that cratered the economy a decade ago are back.

Nerd bomb alert – The Feds are backing $7 trillion in mortgages, way more than they (us) did before the debt crisis of 2008. With taxpayers holding the bag, mortgage lenders have no reason to not give mortgages to people who can’t afford them to buy over-priced houses. The Feds then package those loans and sell them off to other investors.

In fact, fully half of new FHA mortgages consume more than half of the borrower’s monthly income.

If all this sounds familiar, it’s because it is. This is precisely what happened a decade ago.  Remember this? 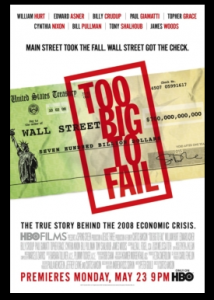 If people run into trouble paying those really expensive mortgages, they’ll stop going out to eat, traveling, buying cars and furniture and washing machines and snowmobiles and anything else they don’t really really need.

How does this affect workers’ comp?

We can expect a reduction in claim frequency at the outset of an economic slowdown as workers avoid filing work comp claims because they don’t want to lose income or be replaced. Severity also goes up, because those already out of work don’t have jobs to go back to – and can’t find new jobs.

Over time, frequency rises as we come out of a recession.

Stay informed, and carefully monitor economic conditions in states where you do business.