Back from a week’s holiday with my wonderful wife in France; Paris, Mont St Michel and Normandy.  A few not-surprising impressions… 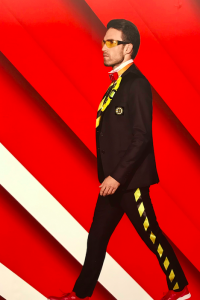 OK, here’s what I missed while marveling at all things French.

WCRI’s annual conference is back in Boston March 5 and 6. It sells out every year, so sign up here.

More less-well-off folks in states that haven’t expanded Medicaid are going to die. Patricia Powers is a minister living in non-expansion Missouri across the river from Illinois, which did expand Medicaid. If she’d lived a few miles further east, her breast cancer would likely have been diagnosed much earlier.

NCCI opined on the impact of a recession on workers’ comp. Key takeaways –

(I wrote on this a couple weeks ago, noting past recessions have had a couple other characteristics not discussed in NCCI’s piece.)

In DC, a bill to reduce drug spending is progressing thru the House. Among other measures, it would require the Feds negotiate prices on 35+ drugs with manufacturers. (I would encourage readers to focus on the actual components of the bill and not get caught up in critics/supporters’ use of inflammatory language.)

Other key takeaway – the public is really focused on drug prices.

Non-medical use of opioids will cost our economy about $200 billion this year.

The finding came from the Society of Actuaries’ report (available here). Almost half of the costs are from health care expenses and lost productivity, issues that are key concerns for workers’ comp.

Have any work comp insurers sued the opioid industry?

Drug pricing and opioid litigation should have a major impact on workers’ comp. Note emphasis on “should”.

4 thoughts on “What I missed, and fashion statements for safety professionals”