I’ve stayed away from most of the COVID stuff because Tom Lynch at WorkersCompInsider has been… as the kids say…crushing it.

Yesterday’s news that Moderna, a new company in Massachusetts reported very early results from tests of a potential vaccine was welcome indeed. The experimental vaccine appeared to help increase resistance** to COVID19 in a handful of people without undue harm. 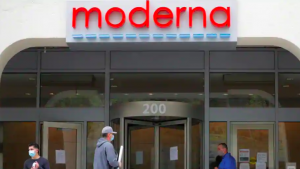 It was also extremely preliminary.

The trial actually involved 45 people, but the press reports were based on results from 8. That’s less than a fifth of those involved…as one wag put it, “The drug trial sample size seems to be as big as 2 #Uber full of people.”

The double asterisk after “resistance” is because the experiment involved taking a blood sample from those 8 people, putting it in petri dishes with the virus, and measuring the antibodies ability to “kill” the virus. That is waaaaaay different from conveying immunity in the human body.

Perhaps coincidentally, the person charged with leading Operation Warp Speed, the White House initiative to develop a vaccine, has 156,000 shares of stock in Moderna, the vaccine research firm in question. And the company had just been awarded almost a half billion dollars in taxpayer money to help fund research.

I get that we are all looking for any hint of good news, and we all desperately hope Moderna’s vaccine:

Fewer than one in ten vaccine candidates reach production. Vaccines typically take 10 – 15 years to develop. “And while biotechnology underlying this drug has existed for nearly 30 years, it has never yielded a working vaccine for any human disease” (quote from NatGeo).

Yet we’ve never seen the might of the entire world’s vaccine expertise focused on a single problem, an unprecedented level of effort that – hopefully – will produce an unprecedented result.

Meanwhile, the virus has killed over 90,000 of our friends, parents, neighbors and grandparents so far, while infecting over 1.5 million of us. Thousands more will die, even if the vaccine is everything we hope it is.

People and organizations who focus on what they can control – reducing the risk of infection – will come out of this far better off than those who ignore the risks that remain real and deadly.

Hope for the best and plan for the worst.

A useful discussion of how some companies are handling this crisis is here.