Lots of COVID news this week – here’s the latest.

One out of every hundred Americans has been infected with COVID19.

Almost one out of every 25 people infected have died.

People of color are far worse off than white folks. 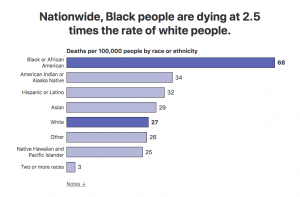 Testing here in the US is still waaaaay behind where it should be. Results often take so long they are all but useless.

Hydroxychloroquine is useless. Or worse.

Despite being touted by the President and others who should have known better, more and more research is proving the drug:

Fortunately the FDA revoked its emergency use authorization for the drug; unfortunately idiots with no science background continue to tout it.

I have written extensively about this over the last four months; here’s

We DO know masks really make a difference.

Fast, cheap, and accurate tests are coming – and they can’t get here soon enough. The paper-strip tests will cost less than $5 and give instant results. While that’s still costly, it is a lot less expensive than the current lab-based tests.

Therapeutic medications appear to be helping treat folks who are infected.

Monoclonal antibodies (taken from the blood of those already infected and maybe from mice) appear to help prevent the disease and treat those who get infected.

Black people did even better as did those not on a ventilator.

We do NOT know if or when a vaccine will be developed and produced in sufficient quantity to inoculate enough of us.

If you’re buying into the White House’s happy talk about a vaccine, take a lesson from the Administration’s early cheerleading for hydroxychloroquine – they were completely wrong. Wait for the science, and ignore the politicians.

Science.  It’s all about the science. 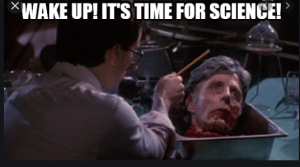