Refusing to accept reality, the efforts of some states, individuals, corporations, and elected officials to “repeal and replace” Obamacare continue; a recent conversation on Mark Walls’ WCAG focused on this issue as well – with far too much demagoguing and scare mongering. Bluto would be proud. 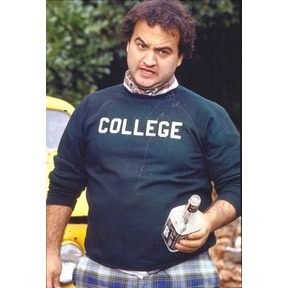 The “plans” to replace Obamacare typically include some/all of the following:

Let’s briefly review these ideas, focusing on their implications for coverage and cost control.

Folks advocating this idea base their view that selling coverage across state lines will reduce costs by eliminating mandated benefits, which one wag says would reduce costs 30-50 percent.

Ha.  That view reflects a complete lack of understanding of the cost drivers in health insurance, the primary driver being – you guessed it – the cost of medical care.  For anyone to suggest that a person in Massachusetts will save thousands if they can buy a policy sold in Idaho is lunacy.  yes, mandates do influence costs, but the underlying cost of insurance is the cost of care.

People can’t buy insurance for $2500, so giving low-income people that amount won’t make them buy it as it is still unaffordable – especially if there’s no mandate to do so. Moreover, many who don’t have insurance couldn’t get it due to pre-existing conditions, and no insurance company would sell insurance to anyone who may end up costing the insurance company lots of money.  That would be foolhardy.

Good idea, if they actually use the money to increase the coverage and benefits for Medicaid eligibles, instead of trying to dissuade or discourage potential eligibles from signing up.

These have been tried, and almost all have failed miserably as states don’t like to keep funding them.  Florida’s high risk pool has been closed for years, and only a couple hundred citizens are still covered.  Moreover, this dumps the potentially high cost individuals on taxpayers, allowing commercial insurers to cherry-pick the best risks that will generate the largest profits.

Research indicates defensive medicine accounts for 2.4 percent of US health care costs.  That’s not to say medical malpractice and associated costs are not significant contributors to health care costs as they most certainly are.  However, the majority of malpractice victims never pursue a claim.

Of course, lost within this mishmash of convoluted half-thoughts and unworkable, un-informed, and simplistic “solutions” is a rather awkward truth; the individual mandate and other key parts of PPACA, currently reviled as socialism, communism, or worse, came from ideas advanced by conservative icon William Kristol, right-wing think tank Heritage Foundation, Sen Orrin Hatch (R UT) and former GOP Presidential candidate Mitt Romney, among others.

So, repeal and replace, with, what?

8 thoughts on “Repeal and replace Obamacare – making the case”