Ya gotta love NoDak, the state where you can get prosecuted for spending a couple thousand bucks on gift cards, party favors, and sick leave for other people, but pissing away $17 million on a failed IT project gets nothing but yawns.

That’s how much the state fund spent on a new IT system that has never and will never work.  Now, there are a lot of good people at WSI, but the executive leadership – one Bryan Klipfel – somehow (mis-)managed to allow his COO – John Halvorson – to allow an IT manager to take a project that was moving along pretty well and turn it into a cluster mess.

The project which began well enough under then-Executive Director Sandy Blunt, meandered aimlessly and expensively after Sandy was forced out, until it arrived at this point – less than a million dollars in actual value delivered, continued reliance on an aged, creaky, and poorly-working system, and a state legislature allocating even more money to sue vendors.

Every now and then someone gets what they deserve.  For WSI, they are getting it in spades.  Force out one of the most respected and well-regarded executives in the industry, replace him with a state trooper (who admitted he knew nothing about workers’ comp, had never run a business, and just happened to be one of the investigators behind that exec’s ouster)…what could possibly go wrong?

There’s no doubt the State has to replace Klipfel with someone who can spell “workers’ compensation”, “management”, “leadership” and other important terms.  The place needs a smart, effective, experienced leader.  After what Klipfel and his buddies did to Sandy, the state may find there’s a really short list of execs interested in fixing the mess they’ve created.

Maybe that guy from North Korea who just got ousted by Kim Jong-Un would be interested; he’s used to that style of justice. 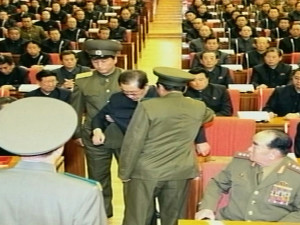