While there’s no completely precise way to get to an accurate number of exchange enrollees, by far the best source for most info is Charles Gaba.

According to the latest estimates, between 32 and 36 million remain uninsured. (the definition used for the latter figure is “at the time of the interview”; as definitions vary, one has to be careful when comparing reports).

Regardless, there’s been a dramatic decrease in the uninsured population since 2010… 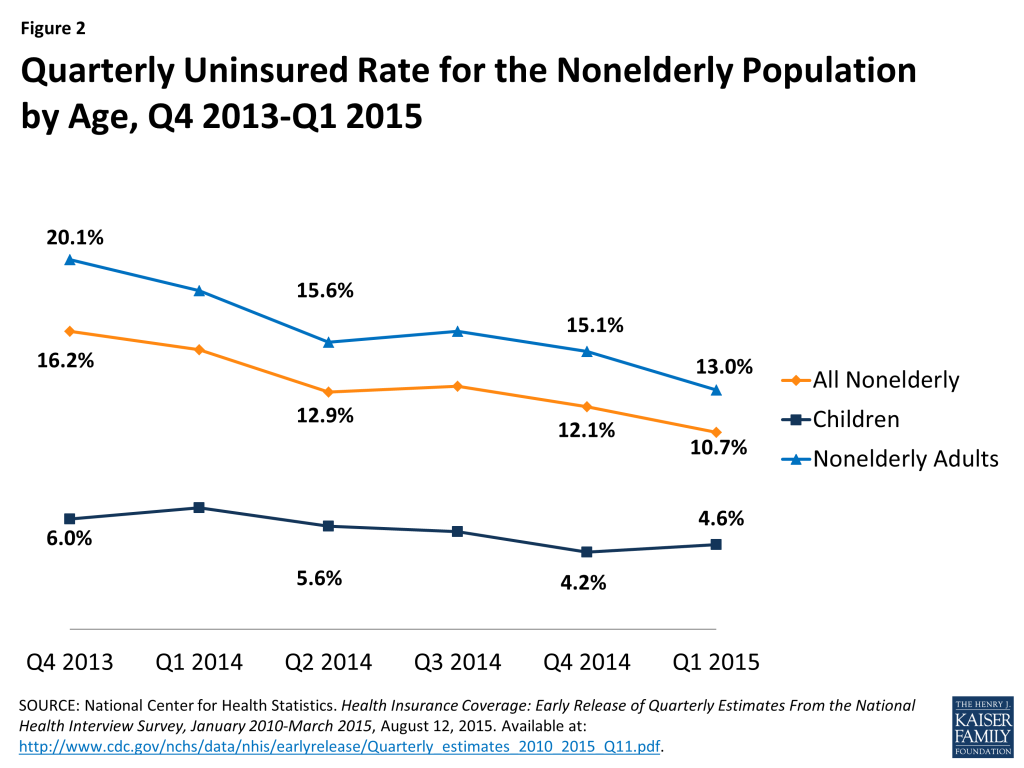 Yes, the number of uninsureds remains higher than the original CBO projections. And no, that’s not surprising, given a number of states with a ton of uninsured citizens rejected the Medicaid expansion. According to the CDC,

About 21% of the 36 million are either undocumented or legal immigrants who’ve been in the US less than 5 years; this population is not eligible for governmental programs or subsidies.

3 thoughts on “So how’s the ACA doing? Part One”