AHCA has failed, and with it the Republicans’ efforts to repeal ACA.

Despite President Trump’s threats, cajolery, and bribing the Freedom Caucus, the attempt to repeal ACA is, for now and probably for the long term, dead.

(Please allow me this opportunity to point out that I predicted three months ago that ACA would NOT be repealed)…OK, chest pounding interlude is over… 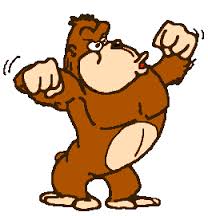 What does the future hold?  While we all wish Congress would adopt sensible solutions to fix ACA, that’s highly unlikely. Steps such as

would help a lot, and that’s not even adding a Medicare-for-all option. As I noted in a previous post, Democrats helped fix G W Bush and the GOP’s Medicare Part D plan when it was cratering.

Unfortunately, it’s more likely the administration will do everything it can to hamstring ACA – refuse to enforce the mandate, end premium support, defund the federal Exchanges, you name it.  In the process, they’ll likely blame the prior president, or Democrats, or whatever. And in so doing, they will hurt businesses, taxpayers, individuals, patients.

What’s most likely is a concerted and persistent effort to defund Medicaid.  This will be described as allowing states more flexibility, as refusing to use federal funds for abortions, as reducing the federal deficit, but make no mistake, the real priority is to shrink funding for the poor, elderly, kids, and disabled.

Lest you think that’s harsh, recall that those are precisely the people Medicaid helps.  It remains to be seen if Republicans will be successful, or if they will come together and heal the fractures so visible within the party.  If they do, they will likely find Democrats willing to work with them, perhaps using the Cassidy Collins bill as a starting point.

There’s been a lot of energy focused on blocking or passing AHCA.  Let’s take a few days to let the smoke clear, and then try to get Congress to work together to fix ACA.

Because it isn’t going to be repealed.

4 thoughts on “AHCA has failed – what’s the next step?”