The CBO’s 34-page analysis of Single Payer is out, and there are no references to workers’ comp or occupational injuries/illnesses.

Briefly, Single Payer is a very broad term that over-generalizes a bunch of very different approaches to universal health insurance coverage. As defined in the CBO report, in Single Payer programs “people enroll in a health plan operated by the government, and the receipts and expenditures associated with the plan appear in the government’s budget.”

When you recall that work comp accounts for about 1% of total US medical spend, it’s no wonder the CBO report ignores us. But, how Single Payer would affect comp depends on two core issues:

The healthcare system is the elephant, and workers’ comp is the mouse. 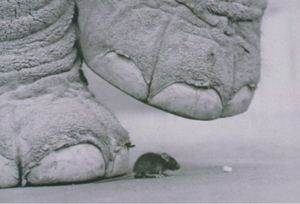