This isn’t going to be “over” for at least a year. Probably longer. Long enough that all of us must focus not on preparing for the end of the pandemic, but adapting to it and accepting that tomorrow will look just like today.

Allow me to make the case.

The only thing that will bring back “normal” life is “vaccinating” all of us. Period. That will happen – either by herd immunity (at least 2/3rds of us get infected and survive, so the virus can’t find enough carriers to keep the pandemic going) or by development, production, and use of a vaccine.

But…”Immunity” isn’t binary – think of it as a continuum rather than an on/off switch. Many vaccines reduce the severity of an illness rather than preventing it entirely. This means that COVID19 may well be with us for a long time, although its impact will be reduced.

Here are the issues. (caveat – there’s much we don’t know for certain, the following is culled from the most credible sources I could locate)

Stopping COVID19’s spread requires enough of us to have immunity that the virus can’t find hosts.  That immunity can come from antibodies created by our immune system reacting to an infection, or a vaccine. Antibodies are blood proteins produced in response to and counteracting a specific antigen – in this case COVID19.

For myriad reasons, few countries have been able to stop COVID19’s spread. (New Zealand is an outlier, Taiwan and Vietnam have had notable success).  At the other end of the spectrum are Russia, the US and Brazil where the disease continues to spread rapidly.

There’s some research that suggests people who have had relatively mild cases of COVID19 don’t produce a lot of antibodies, thus may be vulnerable to future infections. Other research suggests antibodies may be pretty effective.

Another study found COVID19 patients’ antibody levels remained stable two months post-infection (that was when they were tested, it is possible levels remain high over a longer period).

Eventually, herd immunity will reduce the ability of COVID19 to spread, and likely reduce the severity of the illness – or prevent it entirely – among those who’ve been previously infected

There’s been much wildly optimistic and wholly unrealistic happy talk about a vaccine this fall. Is this possible?

Sure – about as possible that my beloved Chicago White Sox go undefeated and win the World Series.

If you want to track vaccine development, this link is pretty useful.

One of my favorite movie quotes is from Shawshank Redemption;  just after he learns his release from prison is not going to happen, Andy tells Red “I guess it comes down to a simple choice…get busy living, or get busy dying.” 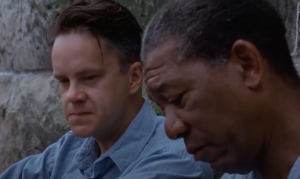 Some will rail against the unfairness of it all, accuse others of all manner of sins, pine for the “old days”, and otherwise waste precious time and energy uselessly bemoaning our fate.

Which will keep them imprisoned behind walls of their own making. Others will accept the new reality, not resigning themselves to it but rather adapting, creating, building and eventually thriving.

13 thoughts on “The long haul”