The Biden administration is clamping down on hospital mergers and ramping up enforcement of surprise billing laws. 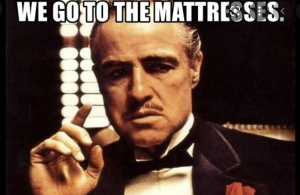 I’ve written extensively about the impact of mergers on cost – it goes up, a lot – and quality – no evidence that it improves. But this isn’t just about hospitals, it is about the entire healthcare system and where it is headed.

Hospitals accounted for $1.2 TRILLION in spending back in 2018

Price is the reason healthcare is so damn expensive here compared to other developed countries; and price is driven more and more by hospitals. Pricing power is how hospitals and health systems generate ever margins, pricing power is what they get when hospitals merge and reduce competition in markets.

This from Cooper and Gaynor:

There has also been work analyzing “cross-market mergers” of hospitals that are not geographically proximate competitors (Dafny, Ho, and Lee 2019, Lewis and Pflum 2017). These studies have observed cross-market merger effects that raised prices between 10% and 17%.

The merger thing has gone on so long that 4 out of 5 hospital market areas are “highly consolidated” – meaning the locally-dominant health systems have pricing power, and can use that to dictate prices to payers of all kinds. Mergers peaked several years ago – not because they are losing popularity, but rather because there just aren’t that many merger targets any more.

Because hospitals thrive on profitable services, we’re seeing cutbacks in less-profitable lines, cutbacks that are limiting the availability of services especially in rural and under-served areas.

We have got to get control of the hospital beast before it eats us alive.

2 thoughts on “The hospital war is ramping up.”