The West is winning.

Ukraine and Ukrainians are what we should aspire to be.

There is no way Russia will “win” in Ukraine; Putin is running out of troops, ships, armor, money and time.

Meanwhile his objectives for the war on Ukraine, namely:

are further away than ever.

Putin has strengthened NATO and the European Union, unified the West, pushed once-nominally neutral countries including Finland, Sweden, and Moldova into embracing the West, and shown the world that his armed forces are weak, poorly led, poorly equipped, and no match for a country a quarter the size of Russia.

A couple of things worth noting.

It is highly likely US intelligence assets (satellites, NSA, communications intercepts, aerial surveillance) have and are playing a major role in the war (as are the UK’s and almost certainly other western countries’). Reports indicate: 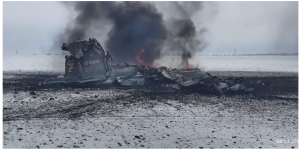 Ukraine is showing the world how an incredibly motivated, really smart, and very creative people can defeat what used to be thought of as the world’s second strongest armed forces.

Ukrainians have made drones – big ones, small ones, tiny ones; armed ones; ones with cameras and ones adapted to carry explosives; commercially-available ones and military-only ones – a major part of their arsenal. 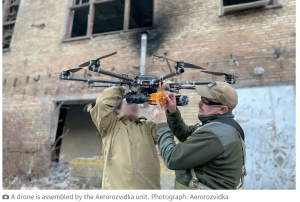 Much of this is appears to be the work of regular Ukrainians…many of whom were are not in the military before Russia’s attack. 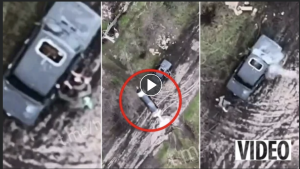 A Ukraine-developed anti-ship missile is likely the weapon used to sink two of Russia’s biggest warships and destroy a troop transport.

Now that Ukraine has the latest artillery (thanks to France, Canada, the UK, the US, the Netherlands and other countries) it is using it to deadly effect.

Meanwhile Russia is calling up retired service members to fill “administrative” roles in its army. This shows just how deep into the morass Putin is, and how willing he is to keep digging himself even deeper.

There are so many lessons we can learn from this…