I’m struggling to find an analogy that fits how one-sided this fight is.

it’s not a knife-to-a-gunfight thing; at least you could throw a knife and have a chance of injuring your adversary – then run away.

it’s not a David v Goliath thing, because big pharma is VERY aware of “David’s” capabilities and vulnerabilities.

The best I could come up with is an ant vs. a boot. 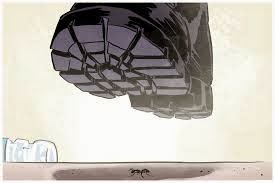 A couple recent articles highlight how bad our collective butt is getting kicked (thanks to Steve Feinberg, MD – a colleague and pain management doc in CA).

In New Mexico, efforts to curb opioid prescribing have been defeated, thanks to an overwhelming push by big pharma.  The opioid pushers hired 15 lobbyists, contributed to most members of the key Committee working on the bill, and got what they paid for.

And it’s not just overt lobbying by pharma; these bastards are funding “patient advocacy” groups like the Cancer Network, creating their own “astro-turf” patient groups, even stuffing wikipedia with opioid advocacy crap and changing entries to delete negative information about opioids. 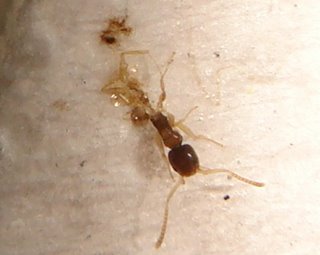 3 thoughts on “What its like fighting the opioid industry”