It’s among the hottest topics in work comp these days.

Telemedicine will be one of – if not the – most disruptive force in workers’ compensation medical care. Companies such as CHC Telehealth, Go2Care, and AmericanWell are moving rapidly, adopting different business models in an effort to gain first mover advantage.

Looking for a broader perspective, I recently had the chance to interview Jonathan Linkous, CEO of the American Telemedicine Association. Here’s what he had to say…

MCM – What service types/specialties are embracing telemedicine most rapidly?  Why those?

JL – It covers the gamut from primary care to urgent care, but there are some popular specialties – mental health, behavioral health, neurology – stroke care, ICU/CCU. Dermatology is one of the earlier adopters and radiology via remote reading of images has become a standard in the industry

The greatest increase in the number of services has been via consultations with online providers, Intensive Care monitoring either continuously or in evening hours (30% of ICU beds are hooked up to remote monitoring) and remote monitoring of chronic care.

Slower adopters include surgery, although that is changing with some robotics and oversight/proctoring from specialists from a distance

[Telemedicine is now being used for] Initial or follow-up visits with providers. Online consults are growing quite significantly with 1.2 million services delivered to 750,000 members in 2016. Possible stroke victims are being assessed by neurologists remotely today.

In terms of the largest number of people served, the top specialty is radiology where 7 – 10 million pictures are read remotely followed by cardiology with remote monitoring.

MCM – Which payer types are currently involved in telemedicine?

JL – The fastest adoption is by employers and private payers, then Medicaid, then Medicare. [Reimbursement is a driver, as value-based organizations aren’t concerned with billing per service but rather with delivering optimal outcome they see telemedicine as a way to deliver care faster to key patient populations]. The easiest way for providers using telemedicine to get reimbursed is by value-based care and not FFS; it is harder to get it paid for by FFS as need to justify the usage.

MCM – What states or regions appear to be early adopters?  Why those?

JL – Telemedicine started out in rural healthcare [and was] funded by the federal government; today it is urban as that’s where people are. California, AZ, MD have all been early adopters and enablers; in general states are more supportive than Medicare. The VA has been very supportive, as have other governmental payer programs [excluding Medicare].

MCM – What obstacles exist and how are they being addressed?

JL – Resistance by provider community and HC in general as this is typically a slow adopting industry; that’s dissipating of late. Providers need CMS to move more quickly with this for Medicare. Some state medical boards have been slow in developing practice guidelines. There are licensure issues, and crossing state lines is a complex issue; we need to get that addressed. Regulatory complexity is a burden. The ATA is working on pathways for communities and state medical boards which will get resolved before licensure.

Ancillary professions eg psych, nursing, and physical therapy, are moving faster to resolve licensure issues than medical societies. PT groups are working on interstate compacts now to enable state-to-state reciprocity. [This is likely due in large part to the nature of ancillary practice, as these providers] practice under guidance of a physician. Of course, it is easier to do telemedicine within a state but payment is another issue due to FFS and other requirements. Telemedicine is [as much about] expanding relationships with patients and not just reducing office visits. Telemedicine providers can document findings and notes in a chart and have a record of that as opposed to some of the issues inherent in an office visit such as a “white coat” issue. Parkinsons groups have embraced TM as its hard to get out and see a doc. Specialists are far away and telemedicine can improve access, so patient groups are advocating for TM.

MCM – What is an example of a successful workflow – patient identification, enrollment, delivery, reporting/documentation, billing ?

JL – Key to success is integration. [Originally telemedicine was televideo, now on a desktop or laptop or even phone. He has seen conferences where docs show up and see patients during a meeting.] There has also been an improvement in workflow as electronic records integration is key. This hasn’t been a requirement but can be a huge help if you have robust EMR system that is portable and interoperable – we are a ways from that.

MCM – Does telemedicine support vertically-integrated health systems or is it more an independent practice driver?

JL – Both. Mayo uses e-Consult where for some patients considering a procedure or with a diagnosis, Mayo sends their records go to another Mayo provider perhaps in a different state to do second opinion remotely. Local hospitals can tie into Mayo to differentiate, to take advantage of Mayo providers’ expertise and brand strength. Private practices can use this to expand their practice if they have strong capabilities via patient portal with video consults etc. Some alliances are forming among independent practices in cities to enable providers in different groups to work together.

MCM – What is happening with reimbursement and what does the future hold?

JL – The market sees value. At the federal level it is just a matter of time. [I see a] 5 year timeframe where we are past tipping point to value based care, lots of healthcare systems are looking at these care systems and when the value-based:FFS balance shifts to 50:50 it will flip their business plans which will drive more TM. DoD, Prisons, IHS, others are embracing this – Medicare is last of holdouts. 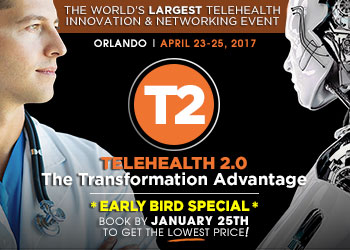 5 thoughts on “Telemedicine – a primer”