GOP Representatives are being strong-armed by President Trump and wooed by House leadership, and nowhere is the stress more intense then where I live – upstate New York.

While Trump blusters and leadership cajoles, wheedles, and bribes, Katko, Tenney, Faso et al (upstate GOP Congresspeople) are facing furious constituencies livid at the possibility that they and their neighbors will lose coverage – and that their state is being held hostage. 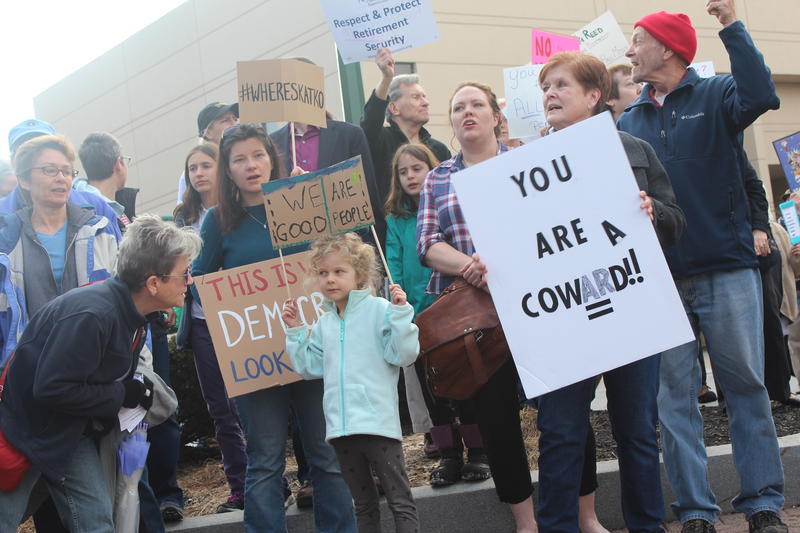 New York is the only state that requires counties to pay a chunk of Medicaid expense – 13% to be precise.  In my home county, Onondaga, that amounts to just over $100 million, and costs the average  homeowner about $600 annually in property taxes. In an effort to bribe/force upstate’s Republican Representatives to support AHCA, the bill was modified to specifically force New York to eliminate counties’ financial requirement and shift it to the state.

In Onondaga, 80,000 people, one out of six residents, is covered by Medicaid.  There are 26,000 healthcare jobs in the county paying $58,000 each.  If the AHCA passes and Medicaid expansion funding disappears, we’re going to lose over a thousand jobs – and $60 million in wages. Sure property taxes will go down, but state taxes will have to increase.

Syracuse – the biggest part of the county – has the highest minority poverty rate in the nation, and the lowest economic opportunity of any municipality as well.  Other upstate communities are better off – but not much.

If AHCA passes, an already desperate economic and health situation will get immeasurably worse.  That’s why Katko won’t hold town halls and is avoiding any and all public appearances; he knows that a NO vote on AHCA will cause a tweetstorm while a YES vote will likely cost him his seat.

That’s the dilemma facing all House Republicans, even those in “safe” seats. While Freedom Caucus members don’t know it yet, passing AHCA would cost many their seats. Voters HATE losing things they already have, and now that they have health coverage, and were promised the replacement will be better/cheaper/with lower deductibles and more access, when that proves to be false they are going to be really pissed off.

Fortunately, it’s extremely unlikely AHCA will pass, as several Republican Senators are strongly opposed to AHCA and will not be intimidated by Trump tweets.

Elections have consequences – and so do votes.

If upstate Republicans vote to overturn ACA and the bill doesn’t pass the Senate, they are going to pay a very heavy price from voters on both ends of the political spectrum.

4 thoughts on “ACA Deathwatch: Damned if they do…or don’t”