There are several potential implications of the latest national policy changes for workers’ comp.

First, if wages and hiring increase due to the tax cuts – as promised by the President – premiums will rise.

So far, that isn’t happening. The vast majority of the windfall is being spent on stock buybacks.  While this is inflating stock prices it isn’t going to have any material effect on wages or hiring, so no joy for work comp.

With the added focus on deporting undocumented workers, industries that demand low-skilled workers for high-stress jobs such as meatpacking are often struggling to find enough workers. Jobs are usually filled with first-generation immigrants – as those jobs always have been.

And many low-skill jobs are going to disappear – including burger-flipping.

So, we could well see injuries increase if untrained workers are hired to replace people with long experience in those risky jobs.

Now add the tariffs on steel and aluminum, which will really hurt manufacturers that use those materials, and add transportation to the industries affected by tariffs and NAFTA redos and we may see a reduction in commerce – which will affect employment and wages. 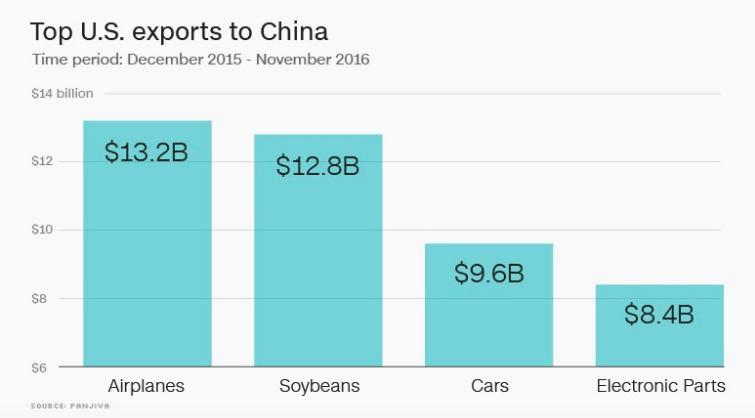 One industry that’s been hit again is agriculture.  Cash crop farmers, especially soybean producers, are justifiably alarmed by China’s retaliatory tariffs on soybeans and other ag products.  Here in upstate NY, our next door neighbor has hundreds of acres in soybeans; farmers in the midwest are also heavily reliant on soybeans.

So, it is possible hiring will increase, altho the latest numbers aren’t encouraging. Wages could go up, altho again, the most recent data doesn’t show a significant bump.

It may well be more likely that employment and wages take a hit due to trade wars and tariff fights. If that happens, work comp premiums will be affected, but we may see a bump in claims from workers concerned about layoffs.

One thought on “Taxes, tariffs, trade wars and workers’ comp”