In 1992, worker’s compensation case managers were finding their patients were often unable to get to their doctor’s office, PT appointments, or to the drug store to get their prescriptions filled. Many didn’t have their own vehicles or relied on friends, family members or public transportation, all with their own challenges.

Without prompt care, therapy, and medications, recovery was hampered and disability extended.

One case manager found a college student to help, and Cem Kus started transporting her patients using his own vehicle [Cem and the case manager – Janet Kus – are now the co-owners of MTI]. Cem did this for five years – in addition to scheduling and later hiring and managing additional drivers. 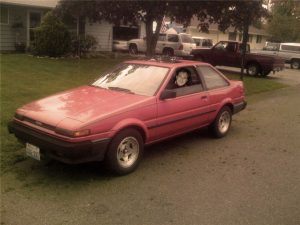 Cem got to know most of the patients personally – and what each needed. One particular patient stands out. A fireman was hurt in a fire; as his friend carried him out of the building on his back, he missed the last step. They fell and the friend landed on his back, injuring his spinal cord; since then he has been confined to a wheel chair. Cem; “We have helped him get to and from treatment ever since that injury. We bought wheelchair vans to accommodate this patient and others; since there were very few wheelchair-accessible vans available in the 1990s, MTI customized the vans ourselves.”

As time passed, the company hired more drivers, handled the communications with payers, payroll, and dispatching. Just a few years after that first trip, Cem and Janet formed Medi-Trans Inc (MTI) and hired their first person to take incoming calls, handle the scheduling, and arrange for dispatching.

What drove MTI’s initial growth was simple – responding to their customers’ need for prompt, accurate, and comprehensive communication. Patients, adjusters and case managers wanted and expected timely updates, status reports, and notice of issues, and wanted their transportation partners to stay on top of files to make sure everyone was picked up on time, arrived, and returned according to plan.

It wasn’t just communications. Work comp patients needed a lot more flexibility than the normal cab service was able or willing to provide.  So, MTI was flexible in terms of pick up and drop off locations and accommodated patients who needed to pick up medications. The company became adept at handling everything from scheduled care on an ongoing basis – PT visits, for example, and one-time services such as trips to an MRI facility.

Fast forward 20+ years, and nothing’s changed. Simply put, MTI thrived for two reasons – because it took work off their customers’ desks, put it on their’s, and treated patients as individuals with unique needs.

It’s still about people handling each service, communicating with the parties, and adapting as things change.

According to Cem; “we have to be flexible to meet the patient’s needs and keep adjusters and case managers aware if something unusual occurs.  That is why we take special instructions and communicate with claimants and update service on a ongoing basis – different customers and different situations require it.

The company has just completed a major systems upgrade, allowing for more timely communication and integration of its various services – transportation/translation, DME/Home Health Care, imaging, and PT. But the system won’t replace the personal touch – because it can’t.

Patients, physicians, adjusters and case managers needs’ change, sometimes from minute to minute. Quick access to a person who is knowledgeable, experienced, and thorough is critical.

It is also something no automated system, no matter now sophisticated, will ever be able to replicate.

It always has been, and always will be, about customer service.

One thought on “What worked then, works now.”