After too many months of doom-scrolling catastrophic weather events, rising inflation, ridiculously high medical costs, Russian fascism, social media wars over gender issues and elected officials that can’t seem to do anything but campaign for their next election, I’m starting to get just a little optimistic…

The economy…is doing pretty darn well. (Most of the below from Scott Galloway)

Congress is actually getting a LOT done.

The just-passed Inflation Reduction Act will:

Oh, and the legislation also kept 13 million folks’ health insurance premiums affordable, which will keep more of us alive. 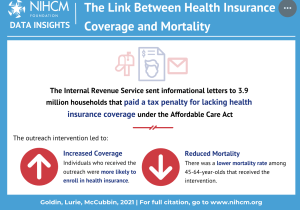 On the state level, it’s not just stupid waste-of-time caterwauling about gender issues… Colorado just passed bi-partisan legislation that “prevents hospitals or their collectors from initiating or pursuing debt collection from a patient if the hospital’s website was not in compliance with the Centers for Medicare and Medicaid Services (CMS)’ price transparency requirements at the time services were delivered”

Kudos to Colorado’s legislators for doing something Congress SHOULD HAVE DONE – put some damn sharp teeth in hospital price transparency legislation.

Things are better than some would have you believe!