For the first time in about forever, big pharma lost. 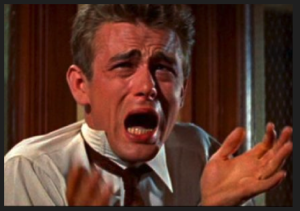 One can’t overstate the impact of the-about-to-become-law Inflation Reduction Act on pharma. The most powerful lobbying force in Washington got steamrolled – with one major exception.

Medicare will now be able to negotiate drug prices, a change that will lead to massive savings for seniors (a group I will join next year) and taxpayers alike. This didn’t come without a last-ditch effort by a horde of suits invading the Senate and House…but for once, the invasion was turned back.

Medicare part D was a huge taxpayer gift to big pharma as it covered seniors’ drugs while not allowing Medicare to negotiate prices. This was a giant boondoggle; Christmas, birthdays, anniversary and graduation presents all rolled into one 20 year giveaway. (historians will note this was entirely driven by Republicans – and added $9.4 trillion to the ultimate Federal deficit)

Imagine if you could a) add a huge new market for your services/products and b) set your own prices…why…you could buy that baseball team you always wanted!

Well, at least the insulin manufacturers won. Republican senators blocked a provision which would have capped diabetics’ monthly insulin costs at $35.

1 out of 7 Americans that need insulin spend more than 40% of their income after food and housing on the drug.

Just when you thought Washington couldn’t do anything – it does something really big and really important.