It has been a while since we checked in on OneCall.  The investment community’s level of interest seems to be rising as I’ve had several calls from investment firms of late, all seeking information on what’s happening and what the future holds.

Here’s a quick summary of what’s happened since OneCall was “recapitalized” late in 2019, a last-minute move by a few investors that may well have saved it from bankruptcy.  You may recall that the company had a huge debt burden that was hoovering up cash flow at a frightening rate; as a result the equity investor agreed to “sell” OCCM to ADD here.

Like most workers’ comp service companies, OCCM took a major hit last year, with revenues reportedly down 15% from 2019. Earnings suffered as well, although with all the accounting gymnastics I’m not sure there’s a way to compare 2020 (post recap) to 2019.

Also like most workers’ comp service companies, things have gotten better as the economy has improved. Revenues are reportedly up, which is a good thing.  Several sources indicated OCCM is claiming it is gaining “new business”. I contacted OCCM to ask about new business; this was the response:

As a matter of policy, we do not discuss customer agreements externally.

S&P reported “the company ended 2020 with new net wins of $35 million, compared with net new losses of $54 million the prior year, which will translate into incremental revenue in 2021.”

So, I asked several contacts in the service sector about recent client moves to OCCM; one indicated OneCall picked up about $3 million in additional revenue from the Travelers through the HealthESystems pipe.

If that is in fact the case, it is certainly a credit to the organization. Any company that can lay off some sales personnel, reduce salaries and titles for others, and add new business is darned impressive.

However…one has to balance new business against business losses. On that front, things are not so good. Sources indicate OCCM lost somewhere around $40 million of business to competitors last year.

Takeaway – According to S&P,

So, revenue actually dropped by $175 million +/-, while One Call “added” $35 million in net new revenue…which one might reasonably assume means new business from new customers, or perhaps new product/service lines added to existing customers, revenue that may materialize in 2021. Or…something… 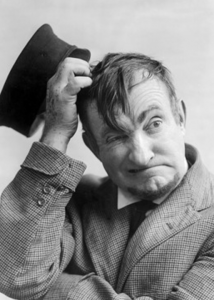 Again, outside of the reports re Travelers’ $3 million of PT volume taken from MedRisk, I haven’t heard of any other entities losing business to One Call.

If you know of other transactions, shoot me a comment; all are screened before publication.

Debt remains a problem.  OneCall appears to be involved in yet another debt restructure process, one that Moody’s states:

will improve One Call’s liquidity profile [cash flow] as it will extend the debt maturity profile while materially reducing the annual cash interest expense.

One Call’s B3 [Corporate Family Rating] CFR is constrained by its high financial leverage and historical challenges to grow revenue and profitability.

[B3 is defined as “speculative and a high credit risk”; A CFR is a defined as a credit rating assigned by a Credit Rating Agency, to reflect its opinion of the ability of a corporate group to honor all of its financial obligations, as if there was a single class of debt; in other words, the overall rating of a corporation.]

The affirmation of the B3 CFR reflects a continued improvement in One Call’s operating performance following a decline in revenue in Q2 2020 due to the impact of the coronavirus pandemic on referrals. Since then, a combination of new business wins [??], strict cost discipline, and productivity improvements have helped One Call limit the pressure on earnings and cash flow. Going forward, Moody’s expects further earnings and cash flow growth in 2021.

As noted above, I’m not aware of any material new business wins, One Call would not discuss them, and outside of S&P’s statement, credible reports indicate significant losses of existing business.

[a detailed discussion of the credit ratings and related matters is here.]

I’ll let you figure that one out.