Several weeks ago Massachusetts’ Attorney General’s office put out a press release noting work comp PBM Optum had settled a civil case by paying $5.8 million and agreeing to “implement additional procedures to prevent overcharges in the future under the workers’ compensation insurance system. Optum Rx has also agreed to cooperate with the AG’s Office regarding monitoring of future regulatory compliance.”

Several clients contacted me to get my take, and as I’m involved in audits of multiple pharmacy programs any insights into the issue might be helpful.

The net – Massachusetts’ work comp RX fee schedules’ regulations are ridiculously difficult/impossible to implement, and Optum was treated unfairly by the AG’s office. 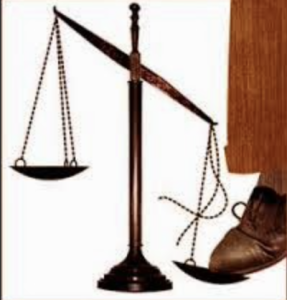 [note I’ve spent way too much time digging into this, and it is entirely possible I don’t have the full story – largely because the AG’s office chose to be unhelpful.]

I reached out to the AG’s contact multiple times in an effort to better understand the issue; when I finally got a return call, it was, well, less than useful. The attorney told me he couldn’t say anything beyond the press release due to the involvement of a confidential informant. [that’s a pretty universal excuse for not engaging and one I found less than helpful; I wasn’t asking how the AG learned about this, but rather specifically what Optum allegedly did wrong]

here’s the key section of the AG’s press release:

After some back and forth, in which I explained the release wasn’t clear, he informed me [paraphrasing here] that “anyone who knows the Mass work comp pharmacy fee schedule understands the significance of the ACA FUL and Mass MAC…”

I got a bit huffy with his borderline rude retort, and informed the gentleman that in fact:

So, I called contacts at Optum to get their side of the story.

The net is, according to Optum – and other PBMs I’ve spoken with – the fee schedule wording is unclear, subject to interpretation, neigh on impossible to implement and therefore highly problematic.

From the AG press release:

I suspect the AG’s office is also pursuing similar litigation against other PBMs – and more’s the pity, because from what I have been able to learn, the AG did NOT handle this “fairly”.

If that’s a misinterpretation, it’s due to a lack of responsiveness and clarity from the gentleman from the AG’s office who chose to NOT be “transparent”.

If you’re a PBM, make sure you’re on top of this.

[note – Optum is not a client, and we’ve actually crossed swords several times of late. Regardless, from what I can tell Optum did NOT attempt to drive “up costs and…unlawfully profit.”]

note 2 – happy to re-engage with the AG’s office at any time.

One thought on “Optum vs the Massachusetts Attorney General”