Your kids will never be safe, not as long as pretty much anyone can buy and own and use guns designed only to kill people.

The slaughter has become commonplace…so “normal” that one can now buy casket wraps specifically for kids. 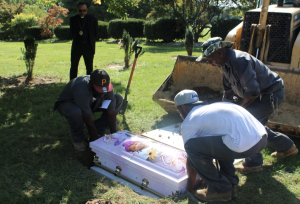 Guns were the leading cause of death among children in 2020 – more kids were shot and killed than died in car accidents.

This year alone 3,044 students aren’t going to graduate because they were shot to death. Thousands of parents and grandparents and neighbors and friends live with their loss – every minute of every day. 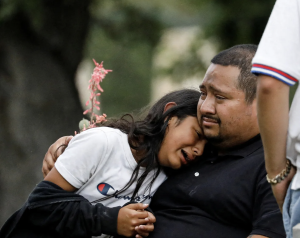 The slaughter of little kids in Texas and elderly Black Americans in Buffalo tore away the comfortable numbness, replacing it with sadness beyond measure…yet somehow we pushed through. A colleague wrote this in an email; “I”m surprised at how much of business life just continued without comment.” That’s on us – each of us.

Here are two things that must be done.

Take 5 minutes to help prevent a lifetime of grief. Support the Brady Plan

2 thoughts on “Moms, you can make this stop.”