Yesterday the annual crawling-out-on-a-limb began, today it concludes with 5 more predictions for workers’ comp in 2023.

6. The growing impact of global warming will force changes in risk assessment, management and mitigation; technology adoption; and claims.
The predicted (heat injuries, wildfires, hurricane intensity, sea level rise) and unforeseen (atmospheric river-driven flooding, landslides, and destruction and others) changes in climate and weather will lead to more and different injuries and illnesses, higher risks for fire fighters and public safety workers, and unpredictable problems related to polluted storm water runoff, water-borne disease and perhaps invasive species.
Expect revisions to both federal and state OSHA regulations especially around heat and outside workers along with calls for better planning to prepare for severe weather events.

7. Payers and perhaps regulators will make significant efforts to address rising facility costs.
As for-profit healthcare systems look to pad record profits and not-for-profits seek to survive, payers will be looking for better cost control answers than simply doing more of the same stuff they’ve been doing for the last two decades. Network discounts (NOT THE SAME AS SAVINGS) are declining as facilities wise up to most payers’ lackadaisical/ineffective attempts at employee direction and unsophisticated contracting strategies.
Smarter payers will deploy multiple payment integrity layers  – both pre- and post-payment. All should demand more – much more – from their bill review vendors/technology suppliers, all of whom have long refused to entertain the thought that they could do better – much better.

8. Premiums will increase – mostly late in the year.
As infrastructure, green energy, re-shoring of chip manufacturing and EV incentives ramp up in the fall so will employment. While there’s disagreement among economists (yeah, who woulda thought??) expect big hiring in categories from archeologists and bridge builders to wireless broadband construction workers.  Manufacturing, heavy construction, trades, logistics will all be hiring…as these tend to be higher frequency (more claims than average) and higher severity (claims are more severe and costly) this means higher premiums and more claims. 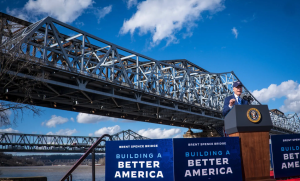 Good news indeed for my friends in Cincinnati!

Oh, and mark me down for one who does not see a significant recession in our near future.  I know, I’m no economist (who disagree a lot about this) but hiring is too strong, these major investments are on the horizon, and inflation is coming under control  – all indications that a “soft landing” is more likely than not.

9. SB1127 – aka the CAFE Act (California Attorney Full Employment Act) will cause heartburn and consternation among Golden State employers and tax payers.
SB1127 shortens the time period for employers to determine the compensability of claims, a change which will lead to – among other problems – more initial denials and less time for injured workers to receive medical care while their employer researches the claim. Further, AB1127 appears to allow for penalties of up to $50,000 for claims that are “unreasonably rejected” by the employer – but the bill a) doesn’t define what constitutes an “unreasonable rejection” and b) doesn’t exclude claims that are already closed.

Expect attorneys to look for the Golden Ticket case – one that they think will establish precedence – and pursue it like a starving person at a Vegas buffet (or Cafe’).

There’s good news too…I don’t see much else on the regulatory horizon that is cause for concern.

Despite a major drop-off in financial investors’ interest in work comp, we’ll see  more consolidation as “strategics” aka TPAs and service providers acquire smaller TPAs and service providers. This is classic mature industry…scale is key, significant growth will mostly be driven by acquiring competitors or companies in complementary or related service and margins are in peril.

The bad news is 2023 prices will likely be a good deal less than in the recent past. Fewer potential buyers, less interest from PE firms, and a growing recognition that workers comp is a declining business (what took these people so long to see this?!) are all contributors.

Prepare for climate change and more employment in higher frequency and severity sectors, and make your bill review company get its act together.